„Rain or shine“ – they mean it! During the setup of the festival rain was pouring heavily and went on during the first day of the festival with 30 liters/m2. Metal heads from around the world were having a difficult time to get to the festival and the soaking wet soil made camping no easier.

The Team working at the festival was working hard to make the best out of the difficult but familiar situation: gutters were improved, bark mulch was heaped up, panels were put on the ground, new camping areas opened and the team asked the visitors to travel rather by public transport thn by car. In the beginning shuttle busses had no chance but that was taken care of quite fast.

The soccer players on the green in the middle oft he otherwise muddy grounds offered an alternative picture in these weather conditions. Even a „shoe cemetary“ was bulit for all the single shoes lost on the sticky way tot he stages. But according to a saying there is no such thing as bad weather, only the wrong clothing and hence the market offered a variety of useful things to buy like raincoats, gumboots, towels and more. Drinking some tea or coffee and eating good, warm food was vital for the visitors.

Some of the media seemed to be interested mainly in the weather and made a lot of pictures with mud and dirt which in our view was not as interesting as the elaborate line up serving the Wacken fans. On the one hand there were a lot of well established and known bands to listen to on the 5 stages, on the other hand fans were eagerly waiting and enjoying the Metal Battle Bands.

Metalheads new to Wacken find a whole new universe and there is something for everyone at this festival: a medieval market including a show programm and music, a beer garden and loads of possibilities to eat and drink. With that many possibilities it sure is not so easy to decide but the prices - similar to other festivals – build a natural kind of boundary.

Wacken does not stop there: A media world of ist own is one oft he special offers with a radio and TV station, a newspaper and an App. Social projects like the possibility to sign up as a plasma donator or creating as well as seeling art for a good cause, jung bands getting some publicity and possibilities for networking.

The „Night To Remember Bands“ NEW MODEL ARMY and EUROPA were playing on Wednesday. A traditional way of getting into the mood of the festival and read for more.

On Thursday the BUNDESWEHRORCHESTER officially started the festival on the Black Stage. The first song „Das Boot“ („the boat“) was a funny tribute to the weather conditions starting of a mixed Setlist and U.D.O. Were a very good choice afterwards.

Of course we had to go straight to the „Bullhead City tent“, which was the home of the Metal Battle bands from 28 countries. Those who say that at the Wacken Festival it is always the same bands playing, has probably failed to look at the line up and ignored this contest and the amazing talent of the Metal Battle bands. The winners of the contest in the participating coutries are playing here in order to play in a second contest to become known to the crowd in Wacken and win wonderful prices. Since Apes Metal deems it important to report about the talents of these bands, we already interviewed some bands of the Metal Battle in 2014 and this year talked to more than 20 Bands. Questions about the scene in the respective country were asked since this was an opportunity to get a broad perspective on the Metal scene worldwide. Often stories about the live of the band and its members were spactacular and touching as the one of BLAAKYUM from Lebanon. Austria was represented by the Trash Metal Band SILIUS this year.

All interviews in our channel:
https://www.youtube.com/user/apesmetal

IN EXTREMO played a passionate show including pyrotechnical artwork of course. In our interview we ask Dr. Pymonte about the tour and the history of the band.

In the show of ROB ZOMBIE sure thing the song „Dragula“ was played.

For the first time SAVATAGE were playing again after 10 years and played on the Black Stage at the same time as the TRANSSIBERIAN ORCHESTRA rocked the True Metal Stage which was a premiere within the history of the festival. The evening was enjoyed by us after the many interviews and the pyro show was adding to it.

With more than „Roots bloody roots“ SEPULTURA was having a good time with the audience. Some „all-time-favourites“ fans were waiting for „Territory” and “Ratamahatta” in vain but the show was still amazing.

The frontman of the norwegian band KVELERTAK enjoyed crowdsurfing and was follwed by the more traditional band STRATOVARIUS.

Stoner Rockers HIGH FIGHTER were playing a show in the press area this time but we hope, they will be presented on a festival stage next year as well.

ZAKK WYLDE unstoppable! His variety of guitars and his solo parts were surely something watched and listed to eagerly by guitar fans while some music lovers who are not so much into guitars would not understand. BLACK LABEL SOCIETY got a lot of positive comments by the metalheads enjoying the show.

On Fridayt DREAM THEATER and IN FLAMES were making my day since these are among my favourite bands. The stage performance and light show of DREAM THEATER were once again thrilling but what was far more important was the good sound that allowed to enjoy the progresive compositions. IN FLAMES decided for a less spectecular stage image but striked with a confetti gun. Some people in the crowd liked the colourful show element but the songs were speaking for themselves anyway: „Only For The Weak“, „Deliver Us“, „Drifter“ and „My Sweet Shadow“ for example.

Classical Power Metal feeling was shared by POWERWOLF on Saturday and a large audience was having a good time, which was demonstrated by a circle pit and a crowdsurfing beer merchant.

The album „Tales From The Thousand Lakes“ was play at full length and a few songs from the „Elegy“ were added leaving a lifetime impression of AMORPHIS.

SABATON posed like pros and knew once again what their audience was witing and expecting: cool guys and tanks. „Ghost Division“ and „To Hell And Back“, „Carolus Rex“, „Gott Mit Uns“ „Primo Victoria“ and „Metal Crüe“. There were no surprises, but a solid and powerful programm that never fails.

Back to the eighties: JUDAS PRIEST, a travel in time to when there were stage shows full of dramatical aspects coming up but of course staged with modern technique. The show began with some technical problems regarding the sound but was soon celebrating „Dragonaut“, „Breaking The Law“, „Turbo Lover“ and „Painkiller“ throughout the audience. Even without looking at the running order it was clear who was making the masses go wild.

The Black Stage deserved its name when CRADLE OF FILTH started their show with a touching but gloomy atmosphere. Regaring the voices, the front singer was in good shape but the female voice was not loud enough to be heard well.

Conclusion: All those who want to hear live bands soundinglike on a CD may as well listen to a recording at home, live is live. All the small problems occurring in live sets and on festivals were worked on really fast at Wacken. We want to thank also our gum boots for their good services and went home dead tired but really happy.

2016 is sold out of course but we are looking forward to report about it soon. 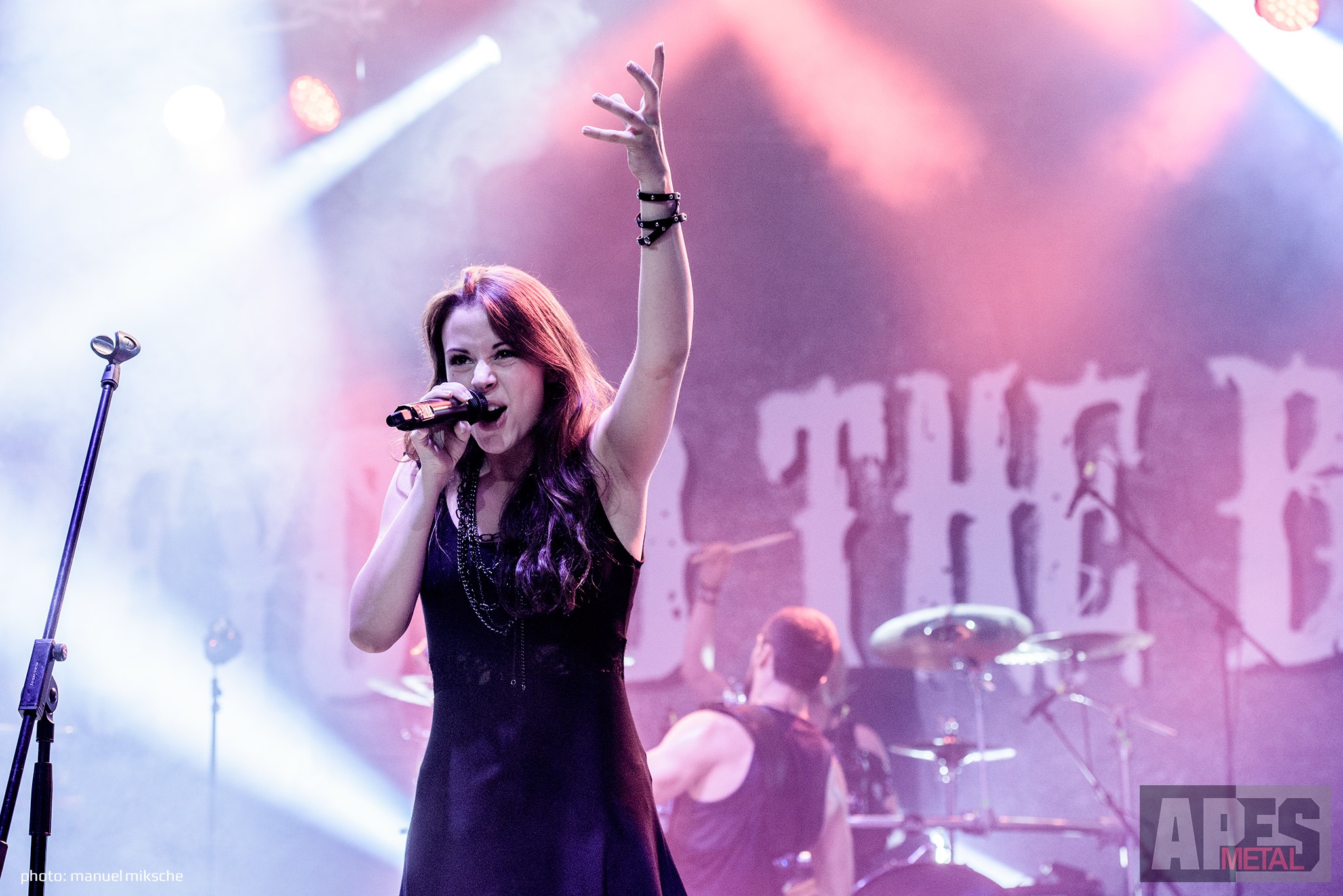 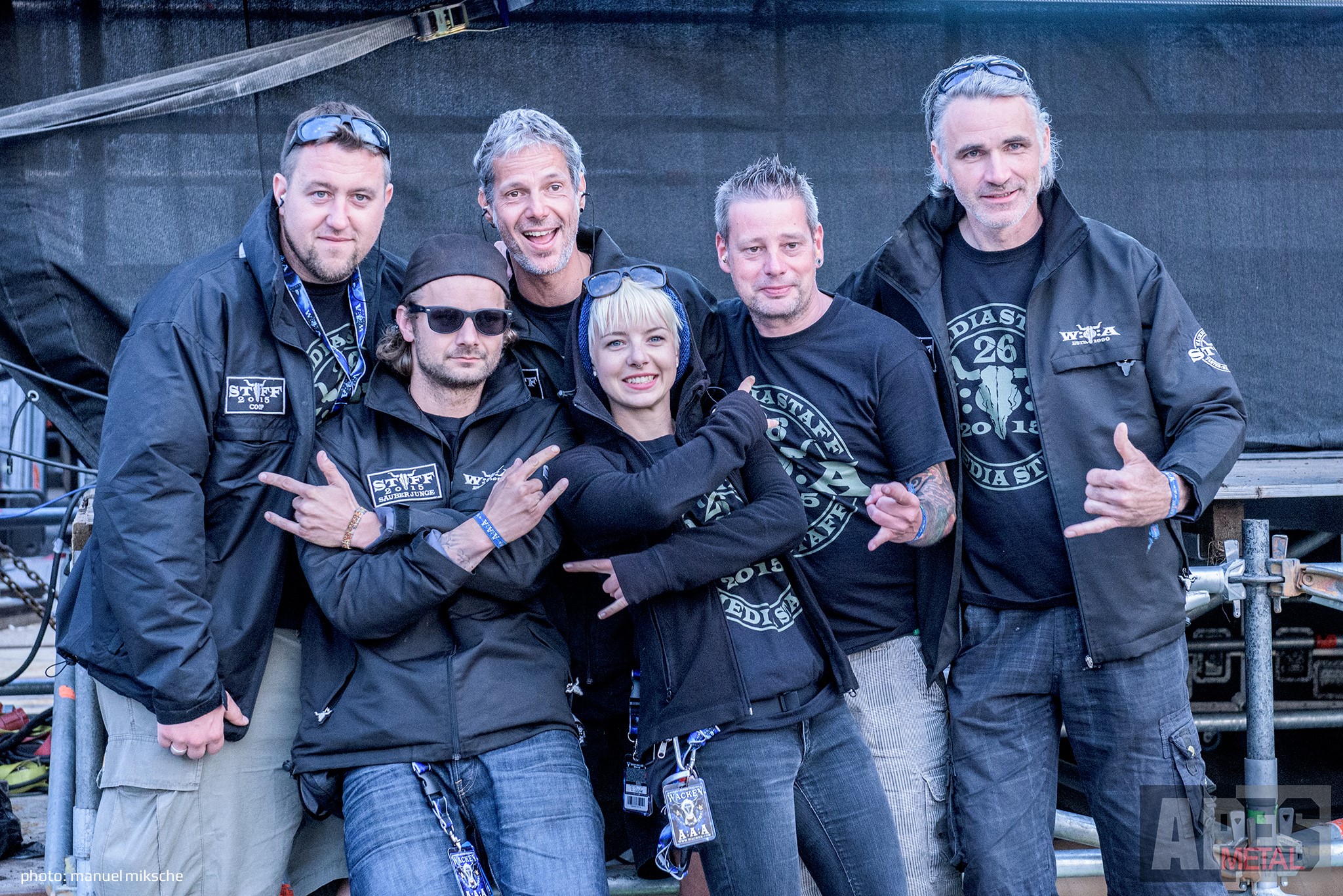 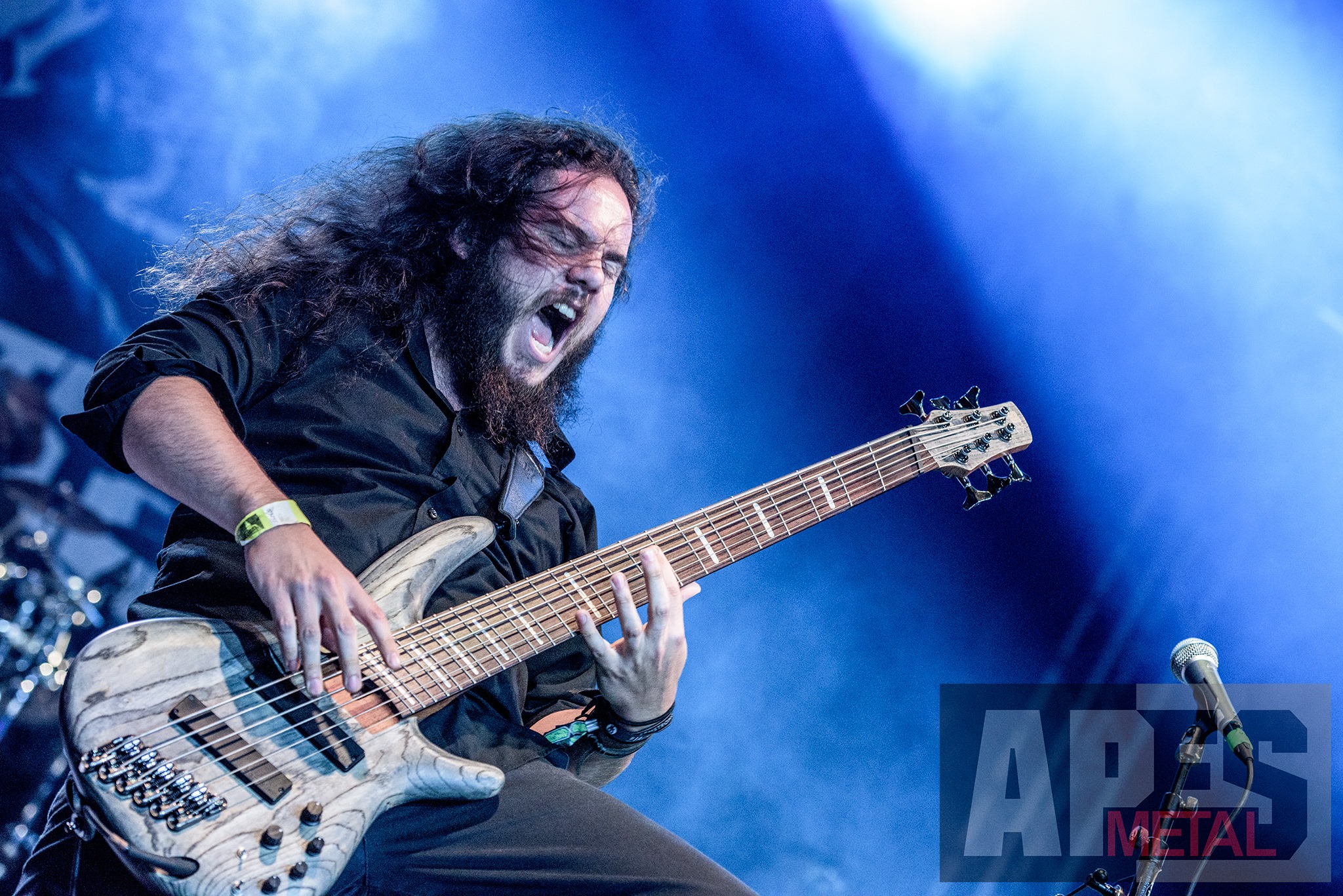 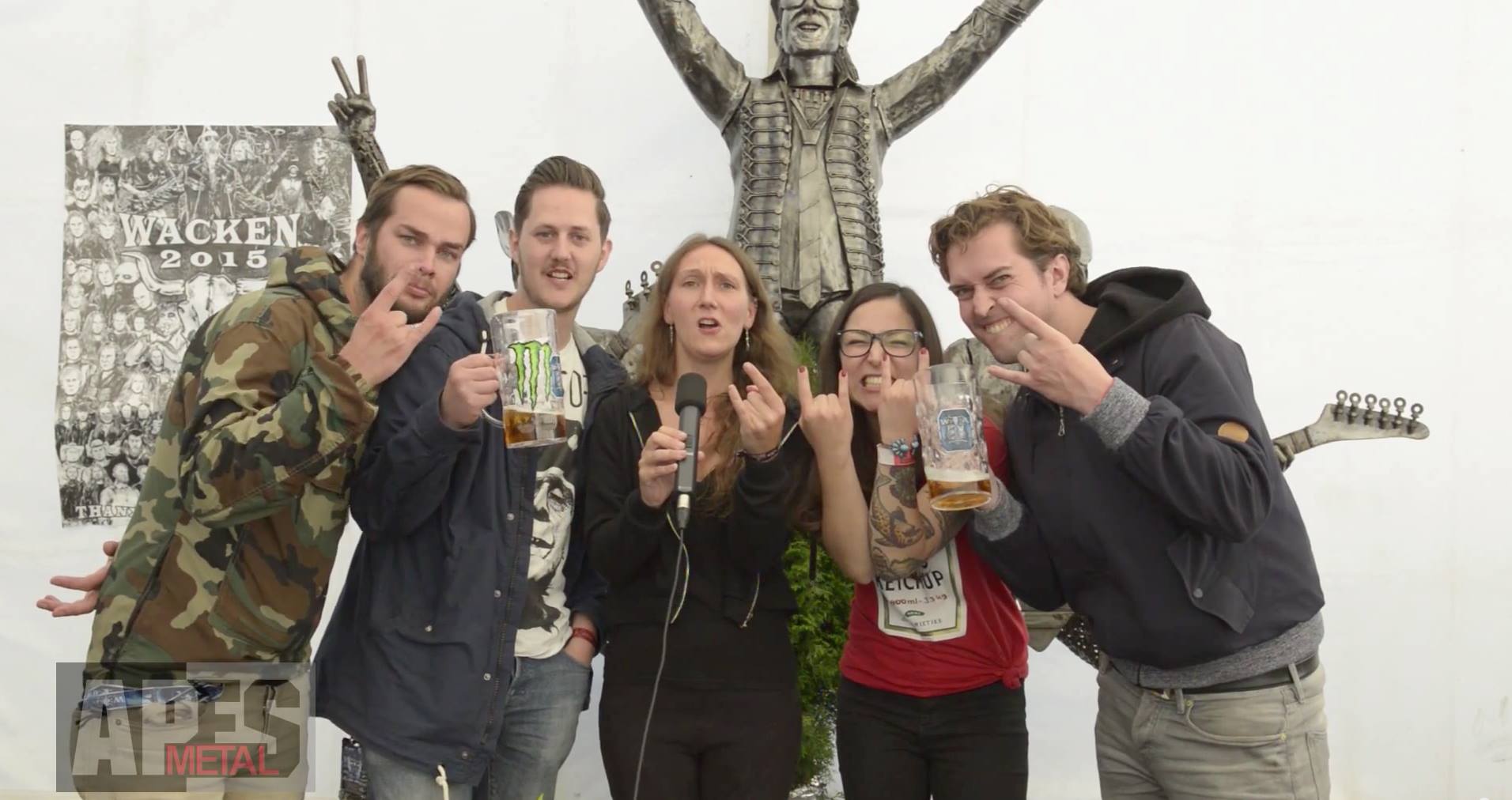 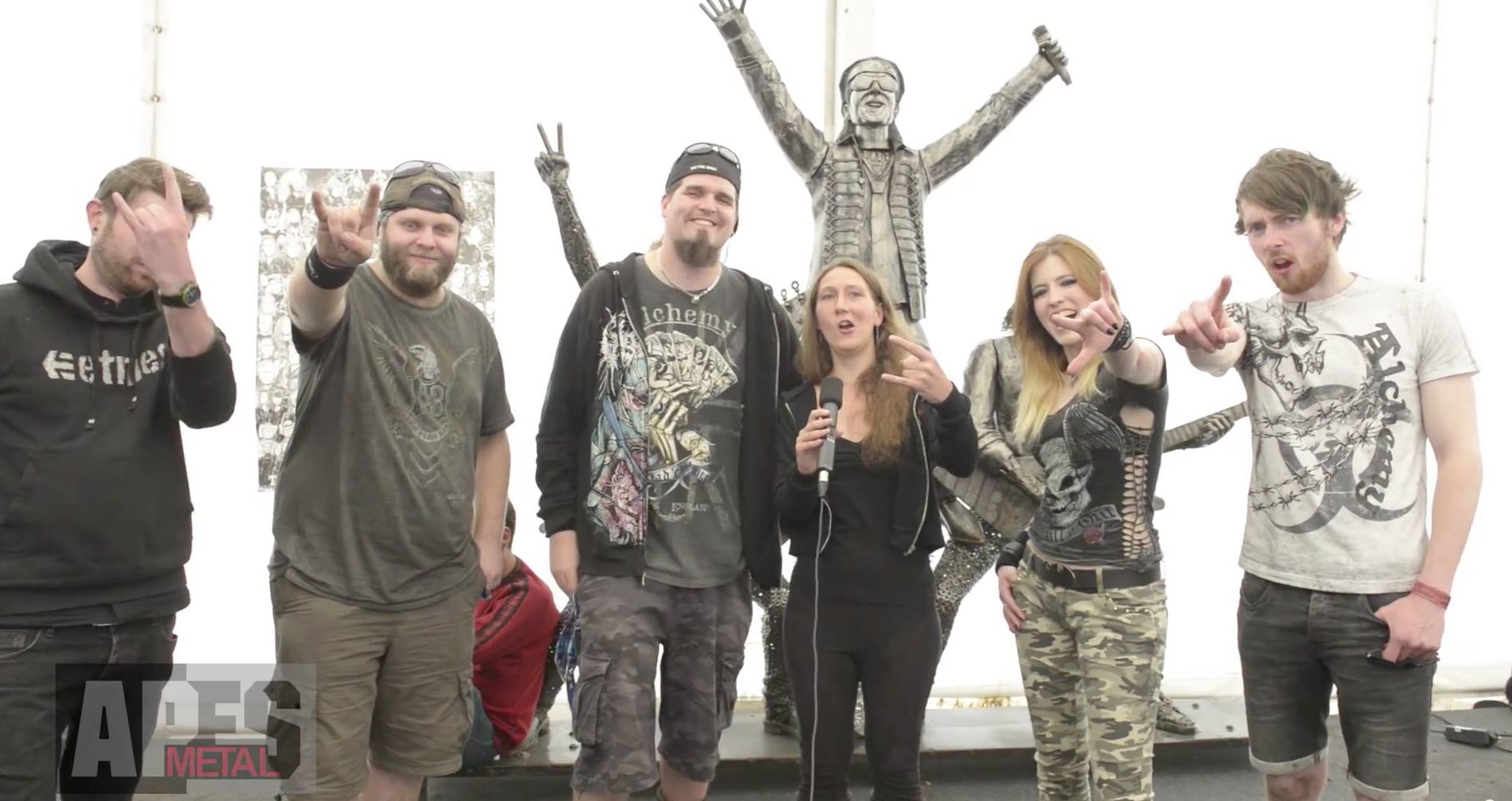 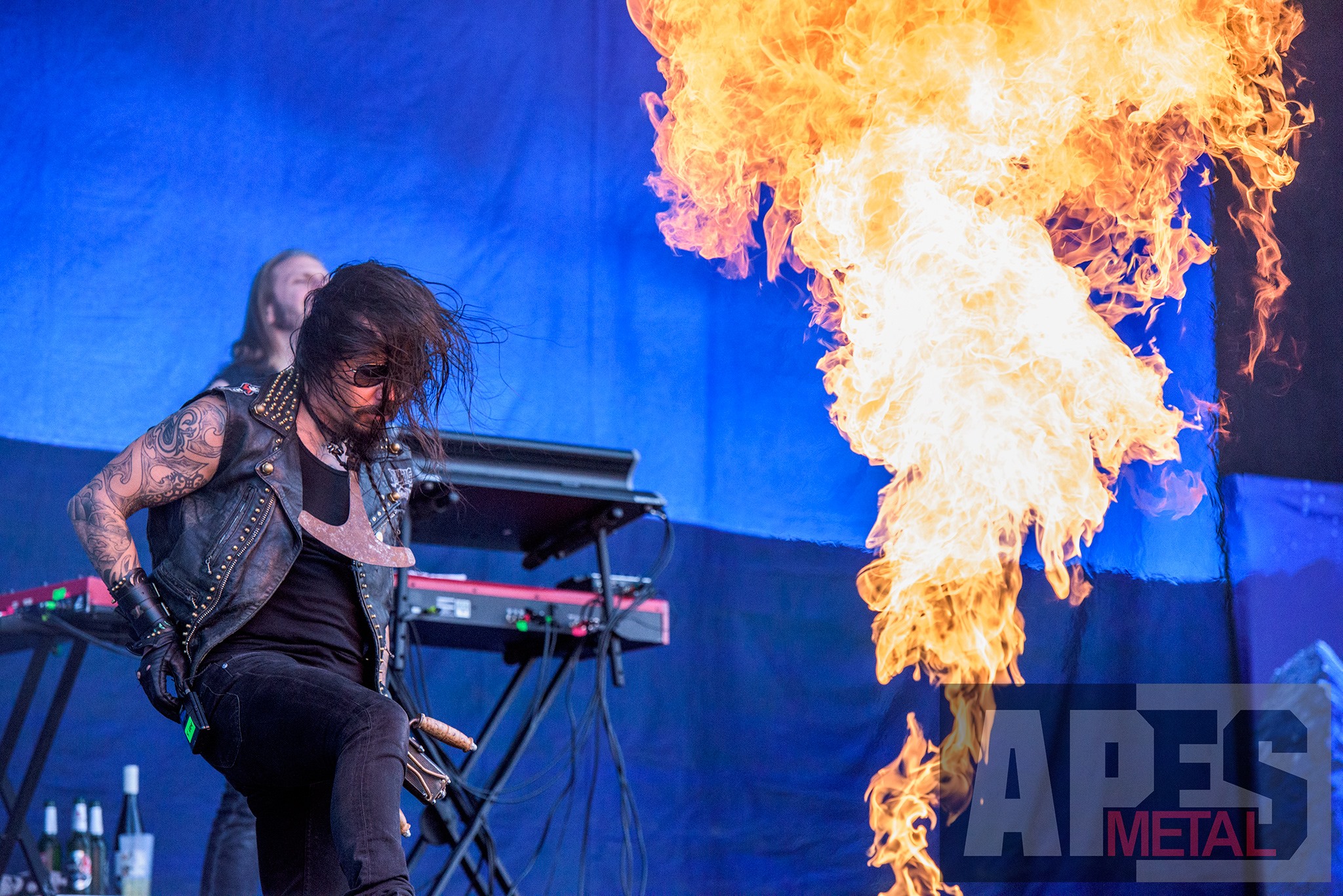 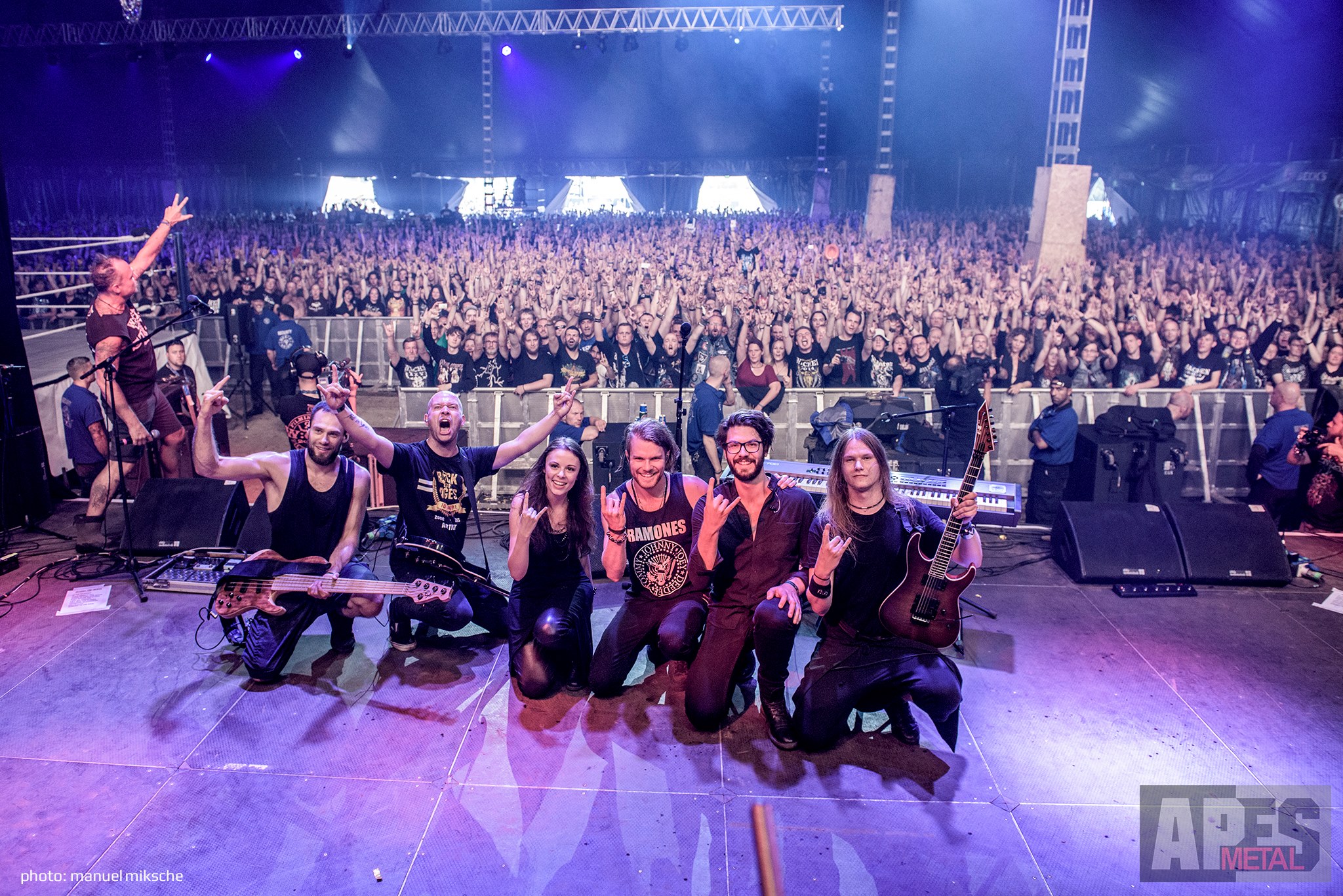 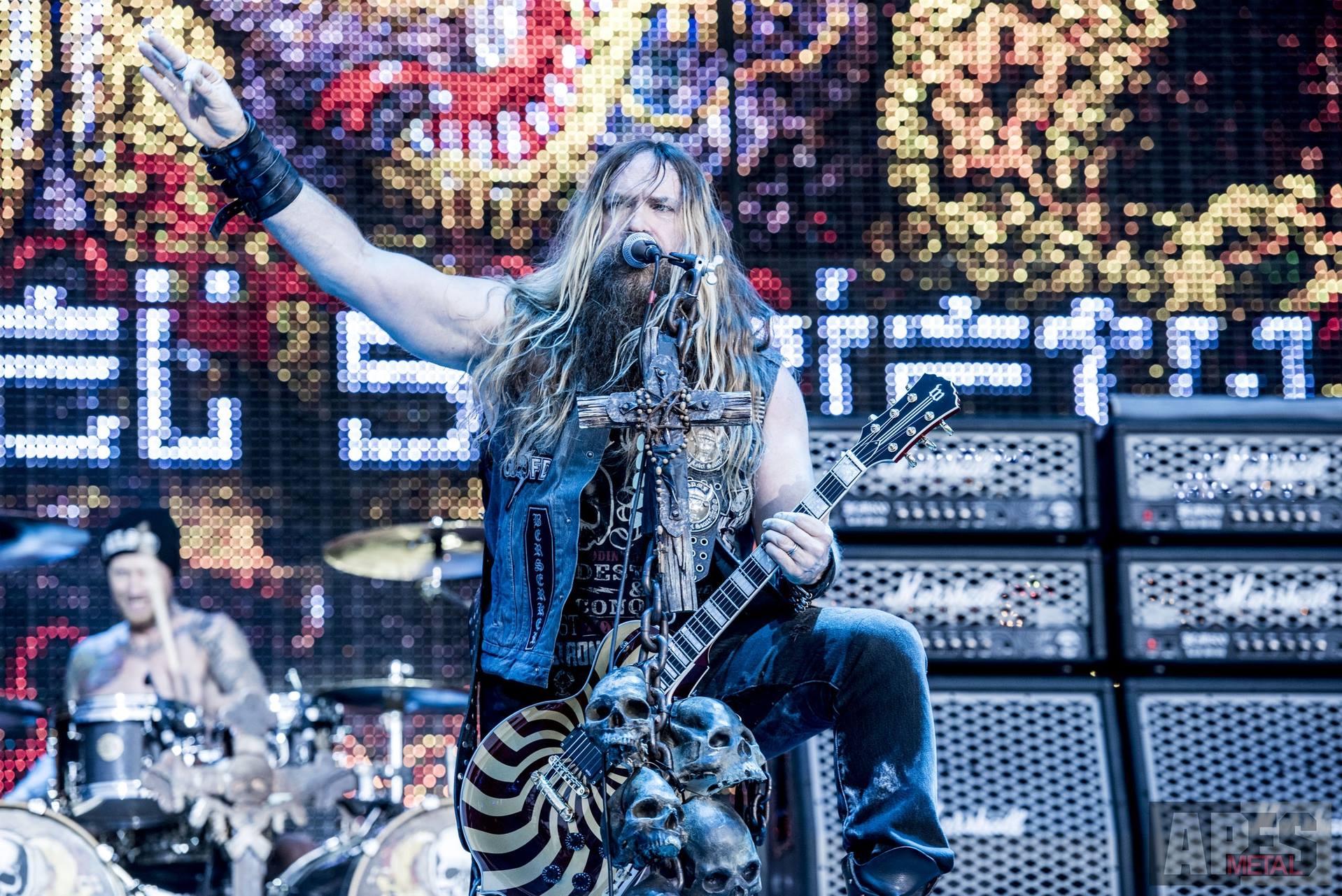 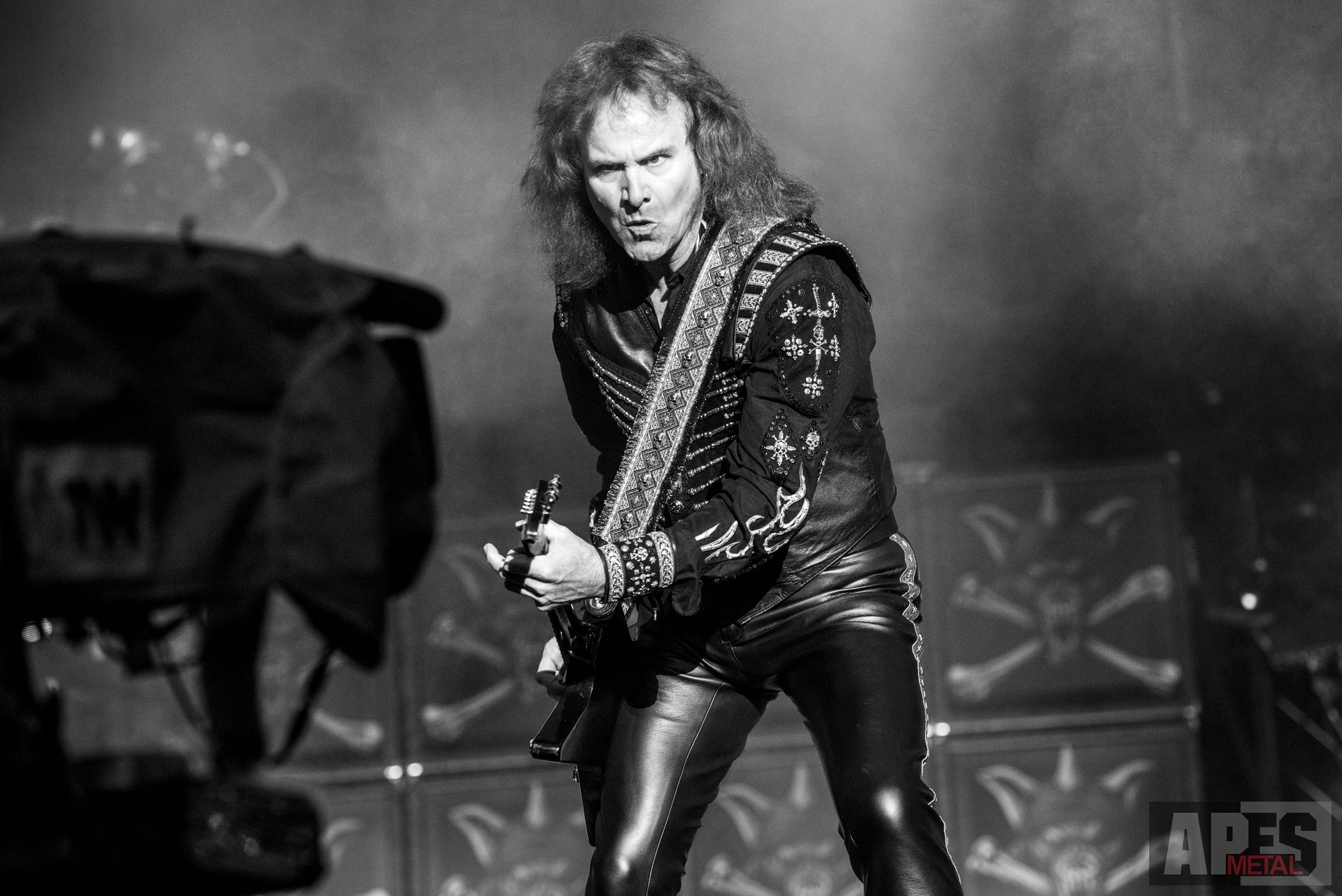 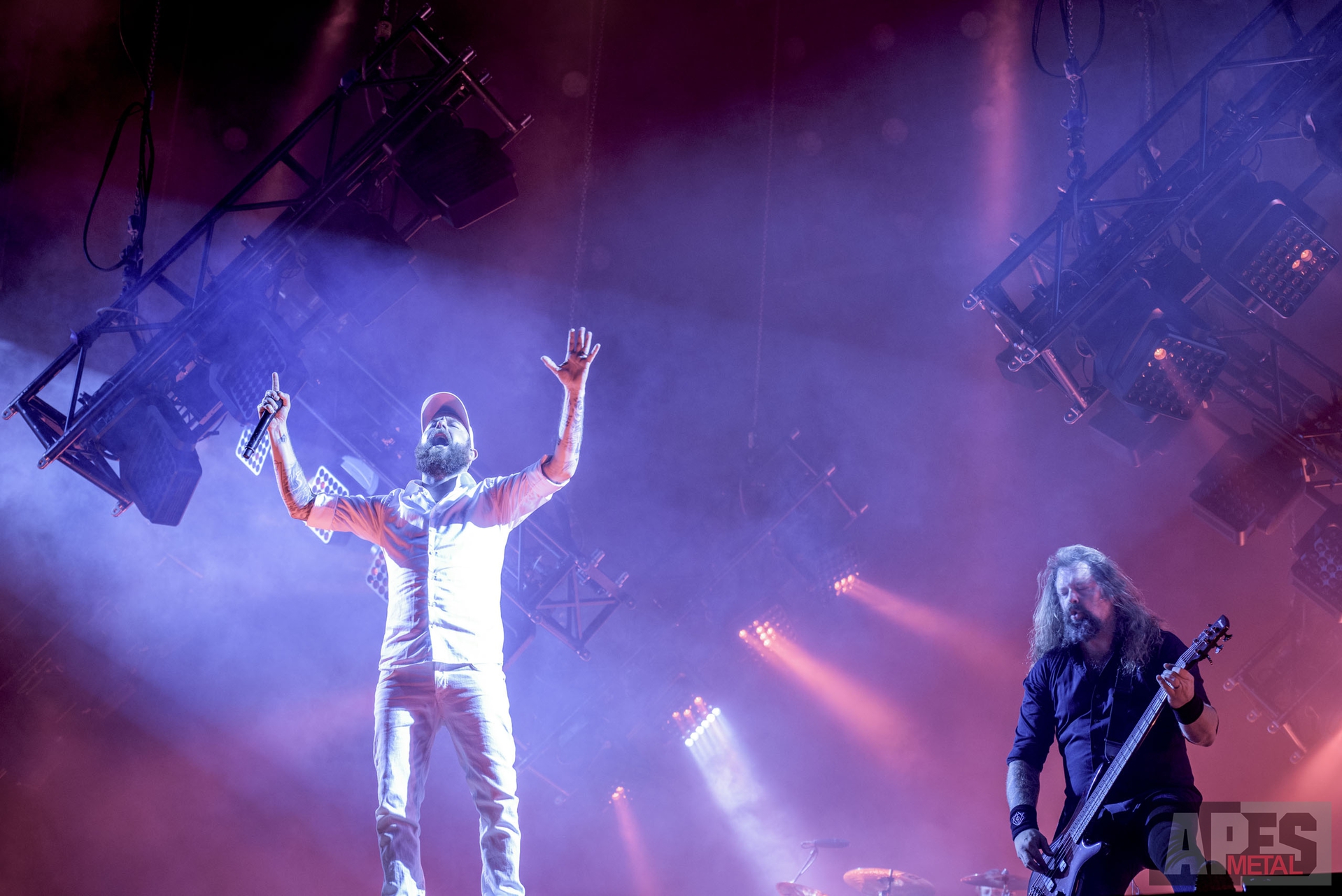