Successful premiere of ROCKAVARIA 2015 in Munich

Munich has been waiting for a big rock festival for years. With ROCKAVARIA things got changed. From May 29 - 31 more than 49,000 people rocked the whole Olympia areal daily: Main Stage (Olympia Stadium), Second Stage (Olympia Hall) and the third stage the Theatron. As you all know from the last legendary Metallica concert back in 2006 the stage was built length side into the Stadium. So it wasn't very suprisingly that the Thrash heroes of Metallica had played at ROCKAVARIA as one of three great headliners! With them on stage were MUSE on Friday and KISS on Saturday. At Olympia Hall Limp Bizkit, Airbourne and Within Temptation were on top of the timetable.

Check out our band galleries of Metallica, KISS, high flyers Beyond The Black and many many more!

ORCHID - Stadium
My first band of this festival on Friday afternoon (2 pm) in the stadium and a very successful opening in addition. Great music, a cool performance - what a pity that Orchid had to play this early and not later where they could have been heard by a bigger ausience. They would have deserved it.

THE PICTUREBOOKS - Theatron
3:25 pm at Theatron. Again way too early if you ask me. Their music - very psychedelic stoner rock - reminded me of a motorbike road trip through the desert, just without action but very relaxed instead. The two guys were definitely not bad but it would have been better to listen to them after a couple of power-gigs and chill during their performance. And for relaxation it was undoubtedly too early on Friday afternoon.

TRUCKFIGHTERS - Theatron
Respectable rock music right after The Picturebook at the amphitheater. Unspectacular. Neither very bad nor very good. You can listen to them but you don’t have to either.

THE HIVES - Stadium
Sounded a bit like British good-mood-indie rock music. Singer Per Almqvist obviously had fun on stage - maybe because it was his birthday and he was excited about Incubus and Muse performing afterwards, maybe because he hadn’t just drunken water. At least it looked a bit like this with his slightly excessive but simultaneously funny and twirly way of entertaining the audience. The music clearly made you want to dance and party. And for the first time this day, the audience seemed thrilled.

INCUBUS - Stadium
After a long break, the Californians are back and played not just a lot of songs from their more than 20 year-old career but also a couple of new songs which did not seem as popular. “Drive” or “Anna Molly” were definitely favored in the well-filled stadium. In general, the performance was very good but also very clean, partly even as if a CD had been played. For relaxing in the sun at (felt) 30 °C, the Californian surf rockers around singer Brandon Boyd were exactly the right thing.

EISBRECHER - Hall
At 8:20 I went to the olympic hall for the first time and was promptly disappointed. No, not because of the performance. The Munich-based band Eisbrecher were as awesome as always and delivered an outstanding 75 minute-lasting performance. What was disappointing was that I already had problems getting inside. I had to be happy to sit somewhere in the back because the entire standing area was full. And listening to Eisbrecher while sitting? There is no way you can sit during an Eisbrecher Konzert! Anyway, clearly one of the best shows this weekend and I’m still jealous at everyone in the standing area.

KVELERTAK - Theatron
Still unknown to the broad mass, loved by insiders and fans: The 6 Norwegians made sure everyone was having a great time at the last concert of this first day at Theatron. And since many visitors had decided to go over to Muse, it was finally possible again to enter and party at the amphitheater which had been inaccessible for approximately 90% of the day due to overcrowding. Pure, dirty Rock’n’Roll, wild party-hungry fans - a great show with an incredible audience, a great atmosphere and the urge for more.

MUSE - Stadium
Admittedly, I did not see the entire show. Eisbrecher and Kvelertak got the nod over Muse. Still, the British band’s lightshow was also to be seen from the other side of the terrain. Unique. And the musical talent of Matt Bellamy and co is out of question anyway and was proven once more this evening. However, another disappointment was close. At the beginning the sound was too low, there was almost no interactions with the fans, depending on the seat/stand the acoustic was not optimal and then they even ended their show 15 minutes earlier. Nothing to add.

ACCEPT - Stadium
Without any idea of what to expect, I went to the stadium again at the beginning of day no. 2 (The Theatron was already closed again - at 4 pm!) and was positively surprised. The 1971 from the 1968 founded band X originated group rocked the stadium and visibly had a lot of fun on stage. Even brief technical problems did not put the five gentlemen off their stride and were instead covered with a spontaneous and great instrumental piece. Definitely a band that one can listen to more often.

FIVE FINGER DEATH PUNCH - Stadium
My personal highlight. An amazing atmosphere, great music, an awesome performance and close contact with their fans, that was missing for many other bands - especially some of the “big ones” - this weekend. No matter if they played up-tempo songs or acoustic versions (yes, this is also something the Las Vegas-based band is good at) - not only the long-time fans were thrilled. And yes, the festival could have needed a bit more of this “Fuck You, I’m doing my thing“-spirit. Unfortunately, Rob Halford did not want to join Ivan Moody and co to perform  their song “Lift Me Up”. Luckily, Five Finger Death Punch, who have been titled “THE discovery at Rockavaria” by TZ, will come back to Germany this November. Don’t miss it!
(http://www.tz.de/muenchen/kultur/five-finger-death-punch-diese-band-entdeckung-rockavaria-5060175.html)

JUDAS PRIEST - Stadium
Fashion show or rock concert? Judas Priest combine both! At first, the additional drape provoked confusion but after the third song everyone had understood that Rob Halford apparently hid his entire wardrobe including a motorbike so that he didn’t have to leave the stage after every song. The initial shock of seeing the singer enter the stage a bit shaky with a walking stick was soon overcome when Rob Halford began to sing. 63 years old and still the vocal power of a 20 year-old with a range of tones that Mariah Carey can only wish for. But also the other band members proved that they still haven’t reached the top shelf yet (not talking about the only 35 year-old guitarist Richie Faulkner who is far, far away from this top shelf). Taken together: A rad show, an amazing atmosphere and another band that I will surely listen more to in the future.

TURBONEGRO - Hall
Party, party, party! This was the motto of another Norwegian Act. Again, the audience witnessed very bright and crazy stage outfits which, by the way, should not be taken seriously in any way. Just like some of the lyrics (“All My Friends Are Dead“). But with a way too serious festival organizer, there’s no need for further graveness. They boys were fun and surely know how to party. I want more!

UNEARTH - Theatron
Lucky me! Pure chance brought me right into the (once again) overcrowded amphitheater so that I could see another great band: Unearth. I have to admit that I did not know them before but it didn’t take Unearth long to convince me with their sound: A great mixture of metalcore and melodic death metal. The entire Theatron was enthused and - yes it was possible with some limitations - mashed and even created a mini-wall of death. Unearth are undoubtedly another good discovery at Rockavaria.

STICK TO YOUR GUNS - Theatron
Hell yeah! In the beginning, the five Californians were still a bit shy but as soon as they realized how excited their fans were to see them, the boys around singer Jesse Barnett unbent and started a hardcore-firework with circle pits and crowd surfing. Whoever stood still at this point of time should have left the amphitheater for the many waiting outside. Luckily, August 18th is not far away. Then, Stick to your Guns will make their way to Munich again.

DEEZ NUTS - Theatron
Dispensable. I endured three songs then I had to flee. The chav-behavior à la “Keep it real“ and “Stay true“ with bad inflected speech and the most boring and shallow drums of the weekend. Something I definitely don’t need again. Hollywood Undead in even worse.

DIR EN GREY - Hall
Japanese metal is exactly as you imagine: weird. A never-ending intro, followed by a quite good instrumental part and the strangest voice that I’ve heard in a very long time. High tunes, low tunes, on the point, crooked - a crazy mixture that you have to like a lot. Maybe it was not just Metallica playing at the same time why the hall was so empty.


CONCLUSION
Most of the time the music was simply great, cool bands and outstanding concerts. Unfortunately, the organization was not the best. It’s a pity if the first locations are closed one to two hours after the beginning of the festival. Yes, I agree, safety is important. But honestly, the Theatron is simply too small and it’s not fun to spend so much money and then to not be able to see so many bands. This is definitely something that has to be worked on until next year. How about letting smaller, local bands play in the Theatron? And what about an additional, fourth stage (e.g. the Small Olympic Hall)? 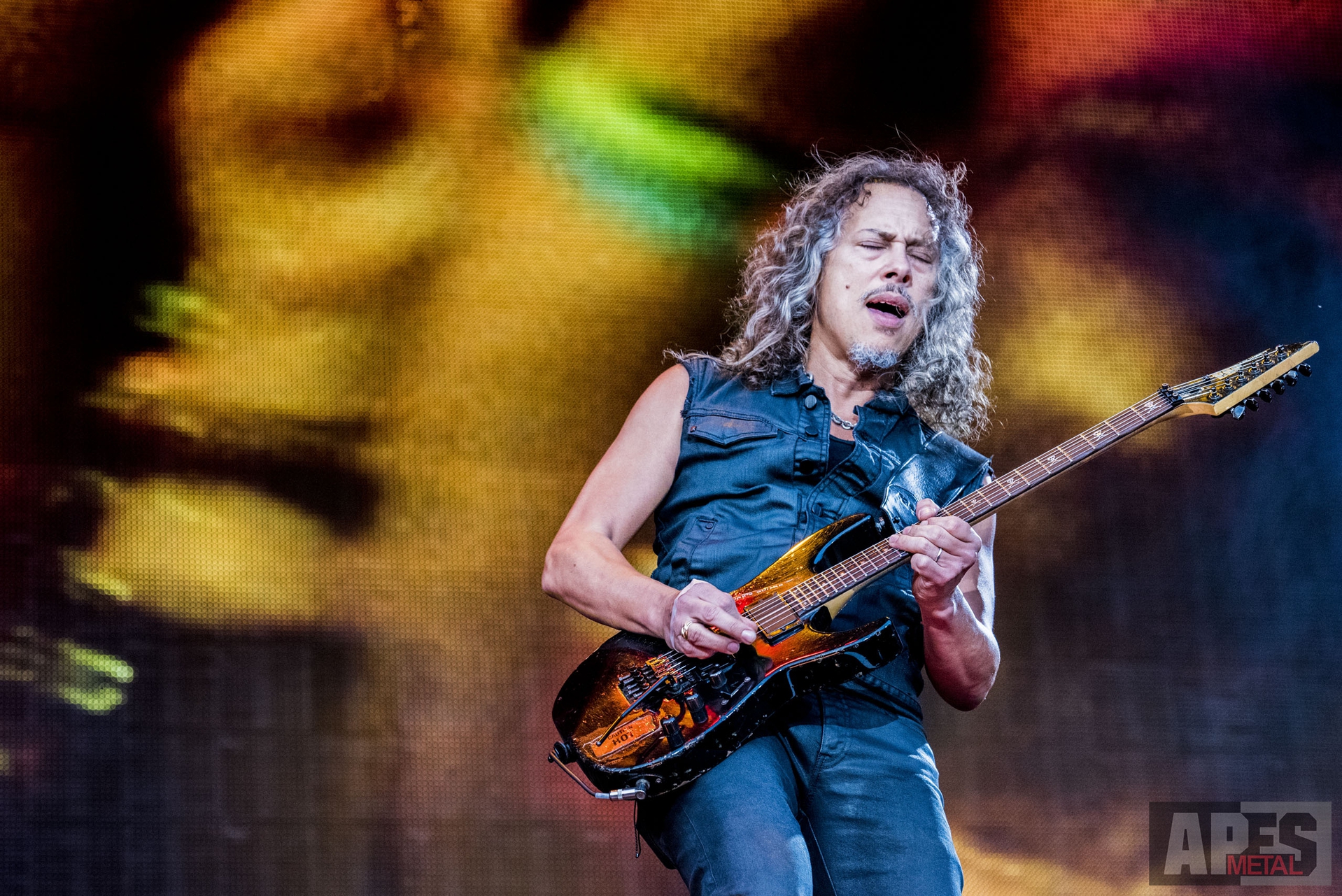 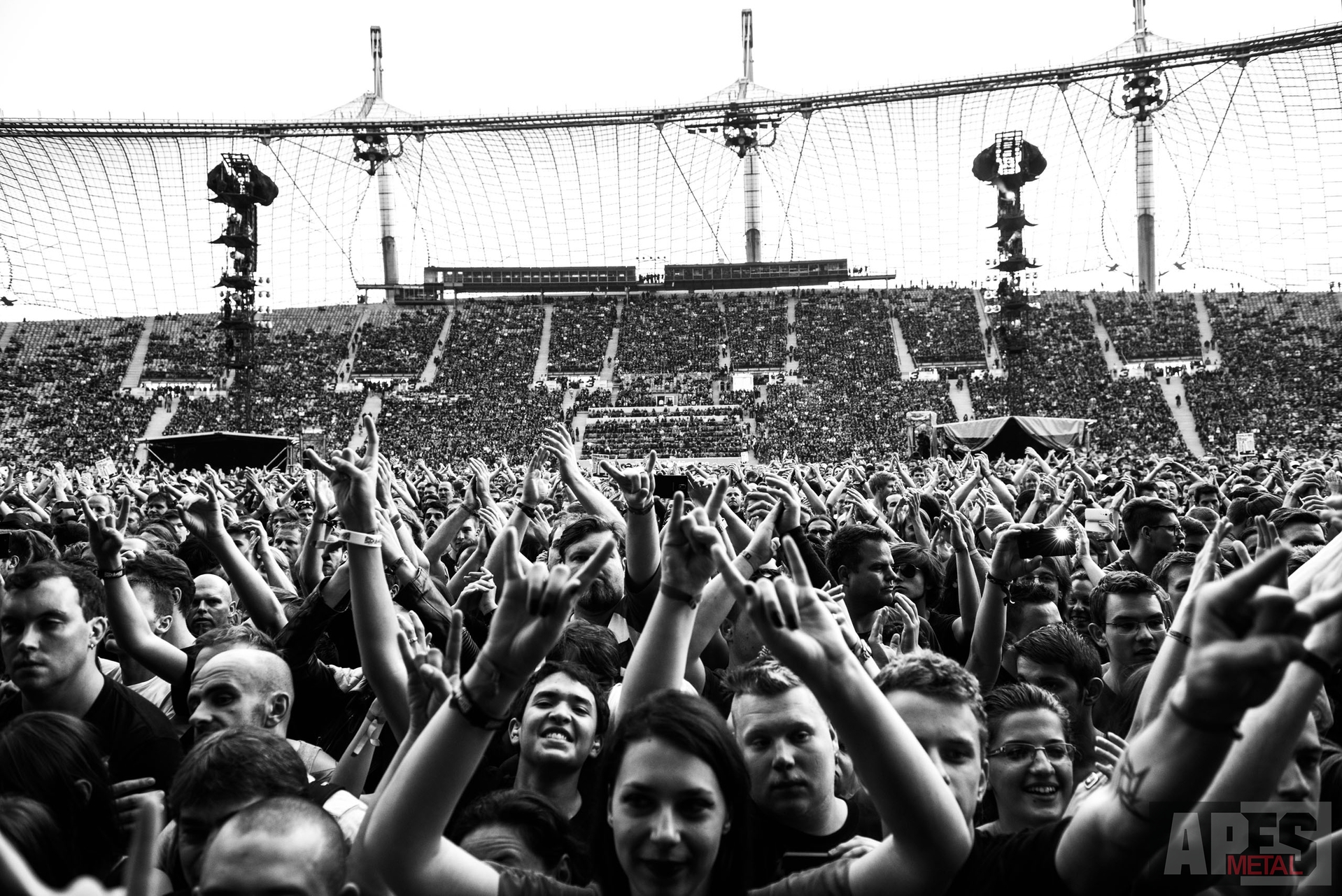 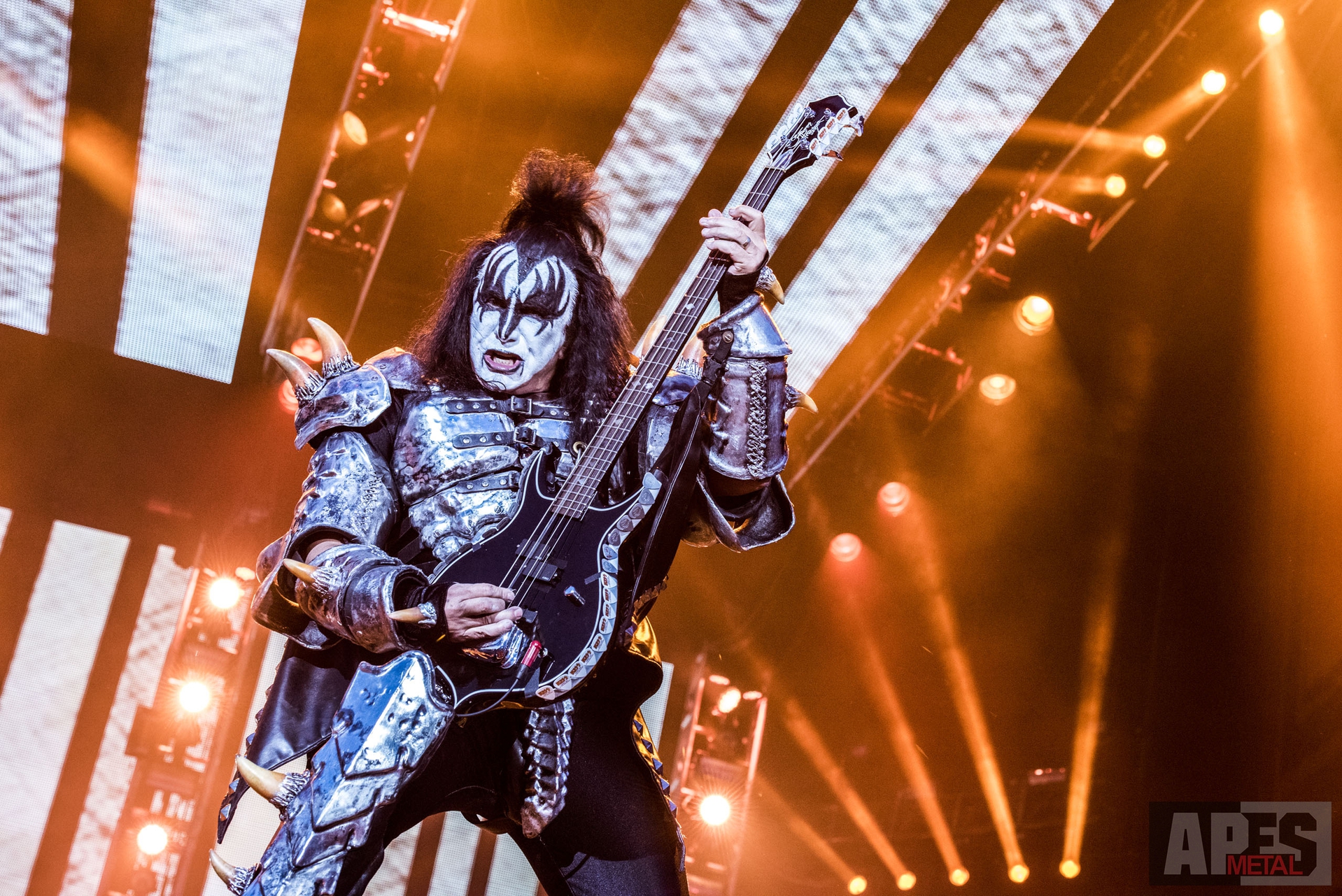