Friends of solid Thrash can finally breathe a sigh of relief, because the long dry spell has come to an end: At the beginning of May the dynamic ladies of Nervosa have finally been back in Munich for quite some time. Brazil's finest are not on their own, however, but have got male support from Rezet, who take over the warm-up part of the "Downfall of Mankind" tour

Certainly not an easy undertaking to open the evening in front of such a unique band as Nervosa, but Rezet from Schleswig-Holstein naturally took up this challenge very gladly. The audience should not fail, which is why the North Germans had the best conditions for a unique evening. Although the band exists since 2003, not everyone in the Thrash Metal scene is familiar with it. But the men around Ricky Wagner were able to get some attention with their last album "Get over it!" which was released in February. With this record they had proven that Germany can still produce great Thrash. The expectations for their live performance were correspondingly high and they were able to fully fulfill them. Technically highly versed and with good speed they cheerfully beat their way to the Backstage Club and convinced the audience within one song. This was not only due to the full physical effort of the band, but above all to their very own sound, which was very catchy. Enthusiastic bawling and screaming from the audience were pre-programmed and rewarded the musicians appropriately for their perfect attunement to Nervosa. 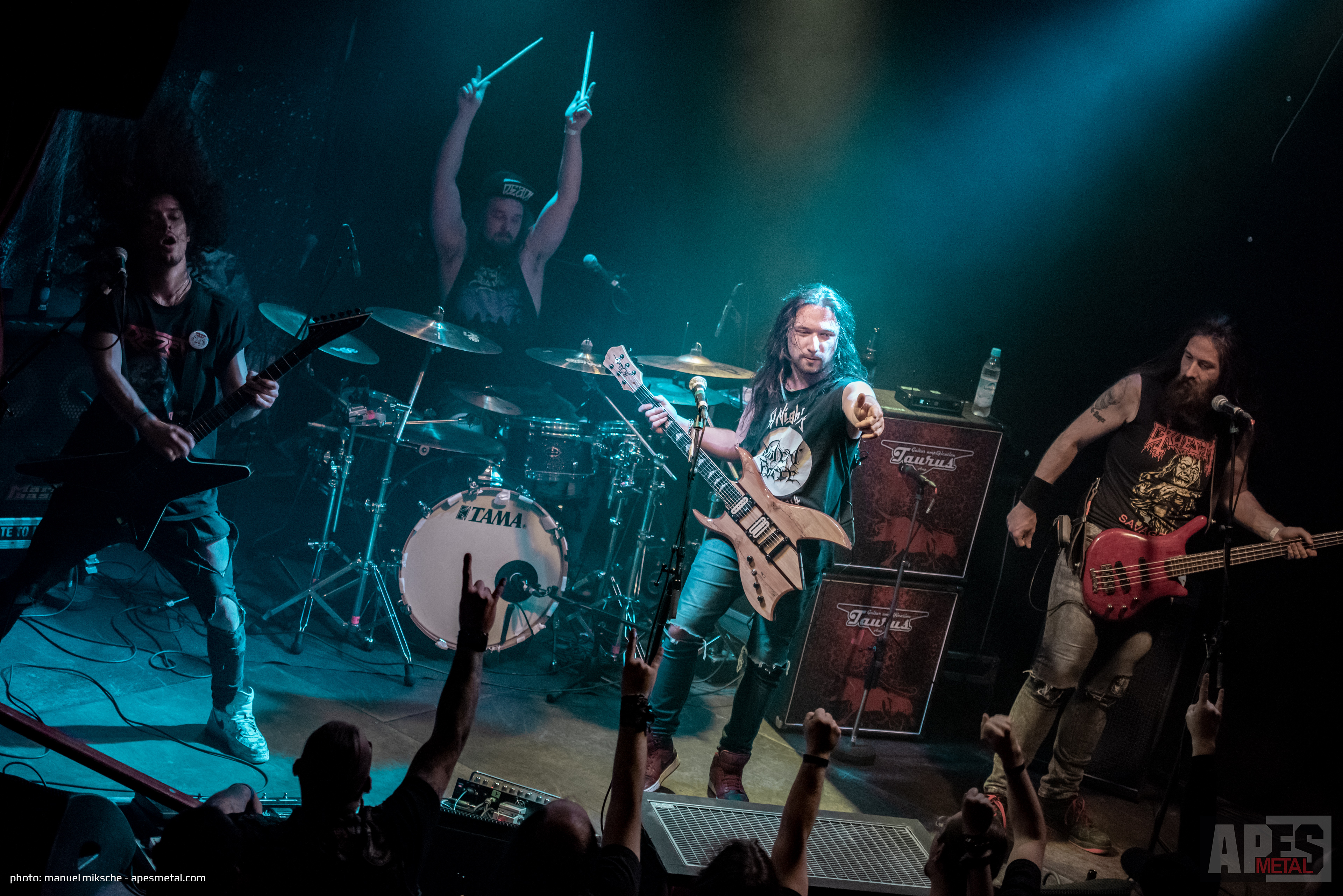 Perfectly warmed up and hungry, the full club waited for the highlight of the evening after the opening act: the three ladies from Nervosa. The trio has made an impressive name for itself in the scene in recent years. And this is not because they (unfortunately) stand out as a pure women's band in the whole metal scene, but because of their unique aggressive and poisonous sound, which can cause a lot of dizzy spells. This time again in Munich: Front woman Fernanda, band founder Prika and drummer Luana were in their element from the first second on and smashed hate tirades through the room. All in all, it's brilliant to observe Fernanda perform, because she still pulls the scariest, meanest grimaces of the whole thrash world and leaves no doubt about what real female power means. The fact that this passion slopped over to the audience accordingly and, for example, during the pelting down machine gun bullets on "Hostages", a whirlpool of metal fans swept through the club and took everything with them was comprehensible. In short: The atmosphere was gigantic and the audience celebrated the beasts of Nervosa in every single second of the evening. With these girls you simply see that they love what they do with every fiber of their body. Once again, the Brazilians have managed to deliver a true masterpiece of genius and pure hatred, to sweep Munich like an angry twister to discharge their fans overjoyed into the rough night of Munich. 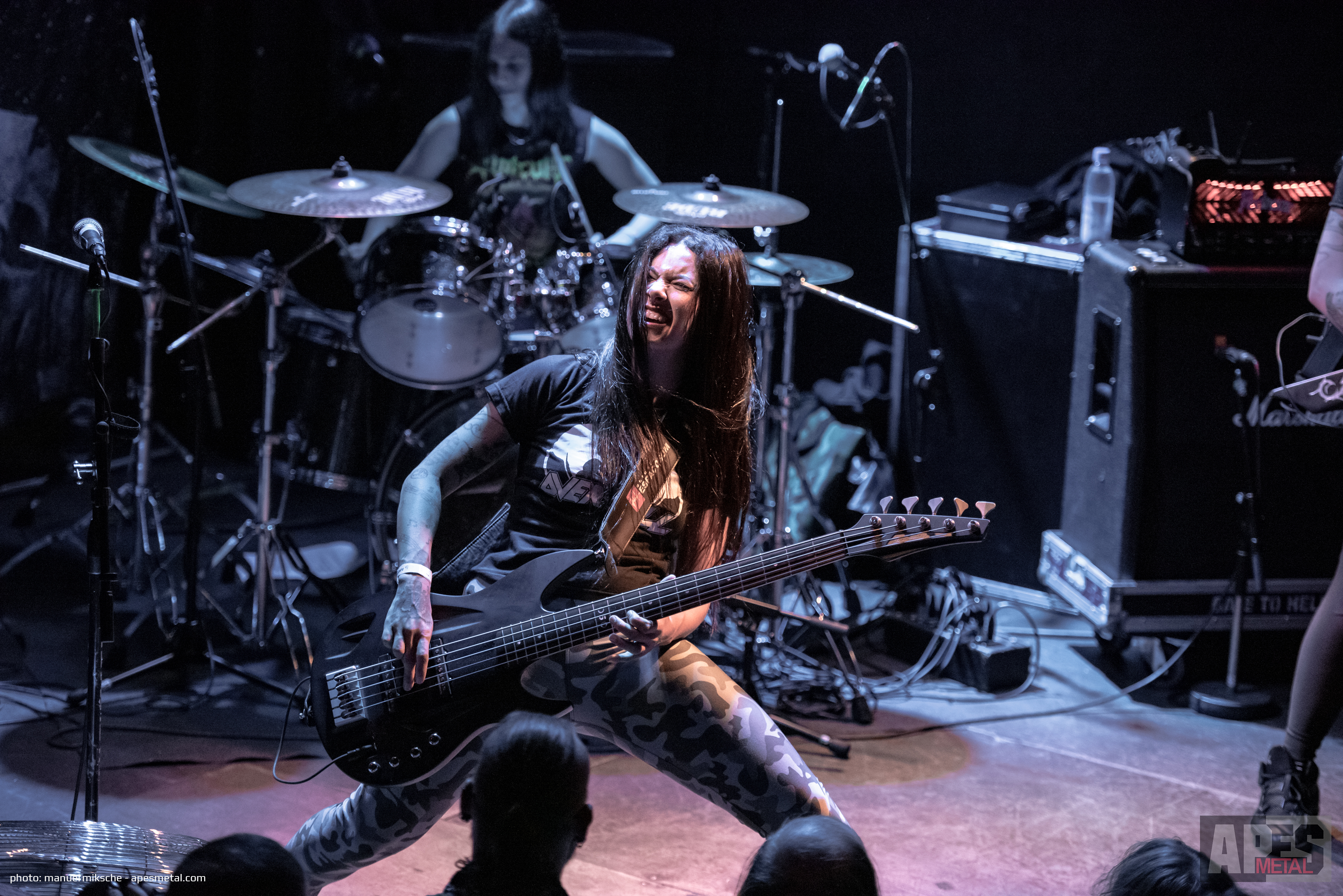