This year's Dark Easter Metal Meeting marks a small but noticable anniversary:
For 5 years now - since 2012 - each year the Backstage turns into a gathering point for Black-/Dark-/Death- and Doom-Metal fans on Easter Sunday. Starting with around 400 attendees in the Werk the Dark Easter Metal Meeting grew to three Locations (Werk, Hall and Club) within the Backstage over the years and was even sold out in 2015. There's no denying the event's success in such a short amount of time. 2016's ticket pre-sale didn't start as smoothly as the year before but was still nothing to be scoffed at. In addition to the concert halls 2016 saw the introduction of not only two concession stands which made the long waiting times bearable but also a small metal market to browse. The line-up consisted of:

The Backstage's sacred doors already opened around 2 pm to celebrate the Darkness in all its variety all day long. Unfortunately for me (and many more) that time of days was to early, which is why I only arrived later in the day.

The Vision Bleak (Hall)
I was however on time for the German Dark-Metal band The Vision Bleak and I realized that the Backstage was a lot more crowded at this time compared to last year. But back to the concert: The Vision Bleak started their 40 minute set and focused on their current record "The Unknown" which was released the year before.
The crowd's reaction was mixed which could be due to the various styles of the new songs. Despite of the new influences The Vision Bleak lost some of their magic which is why they're more likely to win someone over on CD than live. The show and the band's stage-presence was only mediocre and didn't induce the mystical extacy which was to be expected.

Bölzer (Werk)
Onward we go with some Black-/Death-Metal from Switzerland: Bölzer. It was the band's first appearance in Munich which is why some fans might have been especially excited. Due to this circumstance the Werk got crowded right before the concert. With a bit of delay Bölzer started into the black evening. Helped by blue light, fog patches and a bit too much incense the Swiss one-man-show (apparently there was a drummer as well, but he got lost in the fog) amplified their performance. The band performed song by song in a spectacular but at the same time a bit hackneyed way with frontman Okoi Thierry Jones aka KzR almost not moving at all. Memorable were the unconventional, but fitting vocals consisting of a mixture of growls and a little uncomfortable, completely out of synch recitative howling. Some might consider that pious and true, others a bit too puristic and as time went on tiring. Nevertheless the band connected with the crowd which is why Bölzer was cheered more than just a little.

Root (Hall)
To mix it up the Black-/Dark-Metal Czechs of Root continued the show. In contrast to the previous bands the Czechs presented themselves in a quite enticing way. Long, flowing robes and a sinister walking stick - which was used for the odd waving about - formed a sacral overall picture. This by itself was already a sign that this is one of the great Black-Metal bands from Eastern Europe. Musically the band provided cathcy and heavy melodies which went well with the overall picture. Alltogether a really successful performance which - here and there - could have used a bit more variety.

God Dethroned (Werk)
After the previous bands primarily catered to the darker tones it was time to get distinctively harder with God Dethroned. The Dutch Death-Metal combo brought a lot more movement onto the stage compared to the previous band in the Werk. Additionally the stage set was decorated with two inverted crosses which added the final touch to the scenery. The crowd - filling up the Werk - connected with the band from the beginning and cleary showed that they liked the hard sound. God Dethroned showed their variety with mid-tempo passages that rounded out their specific sound and encouraged to headbang. Alltogether a really successful performance which was redeemed by lots of cheers and enthusiasm by the crowd.

Dornenreich (Hall)
The lineup in the hall continued with a Austrian Folk-Black-Metal classic, which celebrates its 20th anniversary: Dornenreich. Diehard fans of the band know that Dornenreich in the past liked to do the odd acoustic-tour inbetween. To get the most out of their noticable shorter - compared to normal gigs - setlist the band started with the acoustic song "Drang".
On one hand it was more than welcome that the beginning turned out smooth and pious on the other hand there was the need for another short rebuild on stage, which was pretty elaborate. The crowd however wasn't bothered too much by it since they cheered amply for the first song. After the break Dornenreich played their usual classics - among others "Flammenmensch". Despite several sound-mishaps (none of them the band's fault), they mastered their 50 minutes set and the crowd cheered in enthusiasm.

Rotting Christ (Werk)
The next band was definitively one of the evening's highlights and not only because they hadn't been on a Munich stage since 2010. The Greek band Rotting Christ started their set on time on the main stage, which had been decorated with a matching scenery. The crowd was swept away from the beginning by the heavy and strong music of the Black-Metal band. Rotting Christ delivered exactly what you expected them to deliver: An impressive show matched by an inticing musical performance. Little surprise that the present metal fans not only showed their exitement but made you feel it as well. With Rotting Christ's performance the day reached a new level which finally showed that this year's event wasn't on the same level as last year regarding quality and success. Only now - with Rotting Christ being the second to last band in the Werk - this special feeling - which usually made the Dark Easter Metal Meeting so special - could be felt in the air.

My Dying Bride (Werk)
The closing act was My Dying Bride, the famous Doom-Death band from England.
It wasn't an easy job to continue on the level that Rotting Christ had established.
Despite their fame not an easy task since mournful doom is rather difficult to pull off after Death-Metal. This was noticable in the beginning since the crowd hesitated to get into the dark sounds. But there was no quitting, quite the contrary My Dying Bride fought and succeeded to get the crowd on their side. Classics like "My Body, A Funeral" or "She Is The Dark" charged the Werk in a dreamy mournfulness after all.
There's a reason the English band headlined the event, since not every band can get the crowd into a doom mood after a diversified day without it turning into boredom. A very successful conclusion for the main stage!

As already mentioned this year's Dark Easter Metal Meeting didn't quite live up to the expectations.  Positive points would be the odd performance in the afternoon and definitively the end of the evening, the rest however didn't really leave a lasting impression which might explain the patchy amount of attendees. This however should by no means deminish the cause and raison d'être of the event since the Dark Easter Metal Meeting has established itself as an event to take note of and is not possible to imagine Munich's metal-scene without it. One thing to criticize might be the price of admission which with a proud price of 50 Euros might have become a hurdle for some people. Despite everything the day and evening were no failure, since several concerts will be remembered positively. Here's to hoping that 2017 will be as successful as 2015 for the promoter! 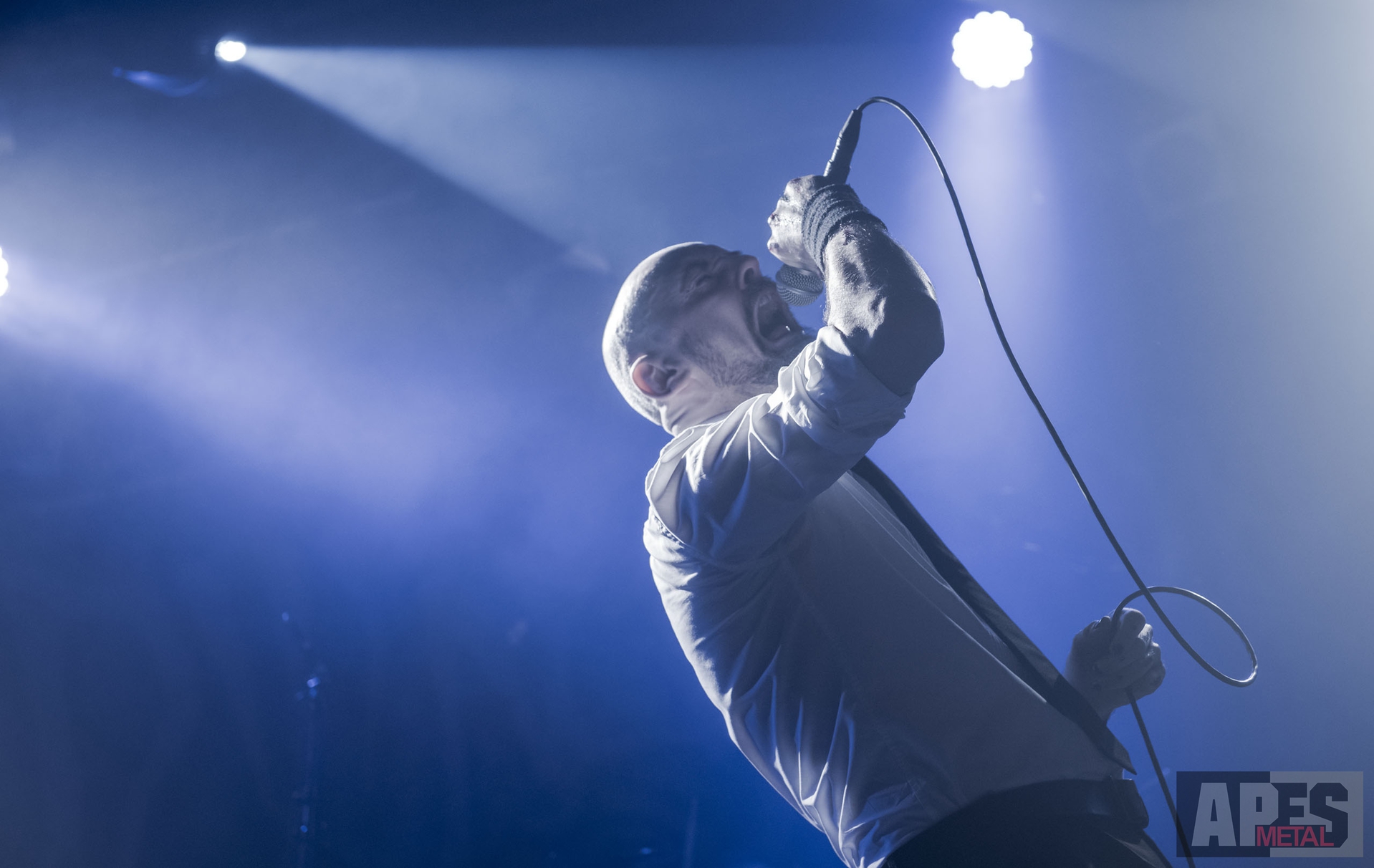