About a month after releasing their new studio record WIR SIND ANGST, Callejon starts their big Germany tour with a finely crafted opening in the Backstage in Munich on Febuary 12th.

The opening act for the evening were the four boys of the relatively fresh band Vitja. They played songs such as "Conversations" from their debut record ECHOES (2013) and showed that they not only can go hard but soft as well with "Follow the Shadows" from their new EP YOUR KINGDOM (2015). They weren't able to totally win over the crowd, but with a little more stage experience this will soon be a thing of the past.

Next up were Annisokay and right from the start, they got the crowd going. Despite my fears, that their band name was a reference to Alexisonfire (a musical similarity cannot be denied after all) "Annisokay" is a reference to Michael Jackson's "Smooth Criminal", basically answering the question if Anni is okay. With a mixture of catchy melodies, hard mosh-parts and breakdowns the five young men from Halle won the crowd over in an instant. The rather quick appearance of Circle Pits, and at the end even a wall of death - without much persuasion from frontman and shouter Dave Grunewald, should surprise noone. Within the 30 minutes of their much too short performance the band showed all their skill and played songs from the band's history as well as the track "Carry Me Away" - released on the same day - a first taste of the new album ENIGMATIC SMILE (2015) which will be released on March 20th. Speaking of the record "Enigmatic Smile", it'll go full circle in terms of naming, since it is a reference to the smiling first-aid dummies which are called "Rescui Anne" which itself is a reference to the facial features of the legendary girl from the Seine. The performance was over far too quickly and so the crowd was chanting "Encore" for minutes - which unfortunately couldn't be granted due to time constraints. Despite everything though: I salute you! Not every opening act gets that kind of a reaction.

Long awaited, Callejon finally took to the stage and started their setlist after 30 minutes of set-rearangement behind a curtain with a small beamer show and the song "Wir Sind Angst" from the record with the same name. No later than the third song, a cover of Fettes Brot's "Schwule Mädchen" (MAN SPRICHT DEUTSCH, 2013) the whole crowd sang along. The five bandmembers from Düsseldorf with singer Bastian Sobtzick leading the way stirred up the party quickly and went all out until the end. Playing songs from the band's whole history up to "Dunkelherz" from the current record WIR SIND ANGST (2015). Besides the mostly hard stuff and the occasional party song the band is also capable of performing more calmer songs. They proofed that with an acoustic version of "Kind im Nebel" (BLITZKREUZ 2012) - a real goosebump moment. At the end Callejon performed a clear statment against Nazis, covering the Ärzte classic "Schrei nach Liebe". And of course there was also an Encore. Ultimately the performance was a finely crafted tour opening providing a lot of fun and damn good music. 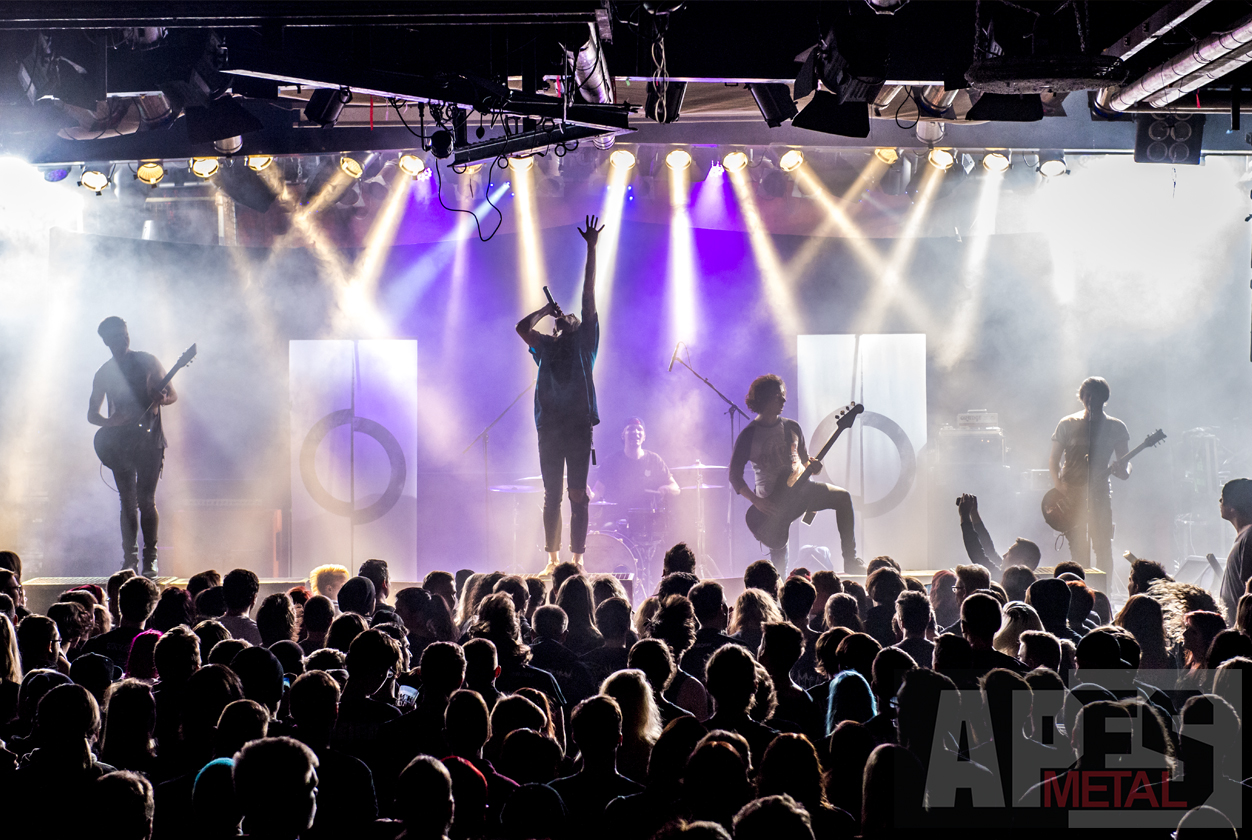 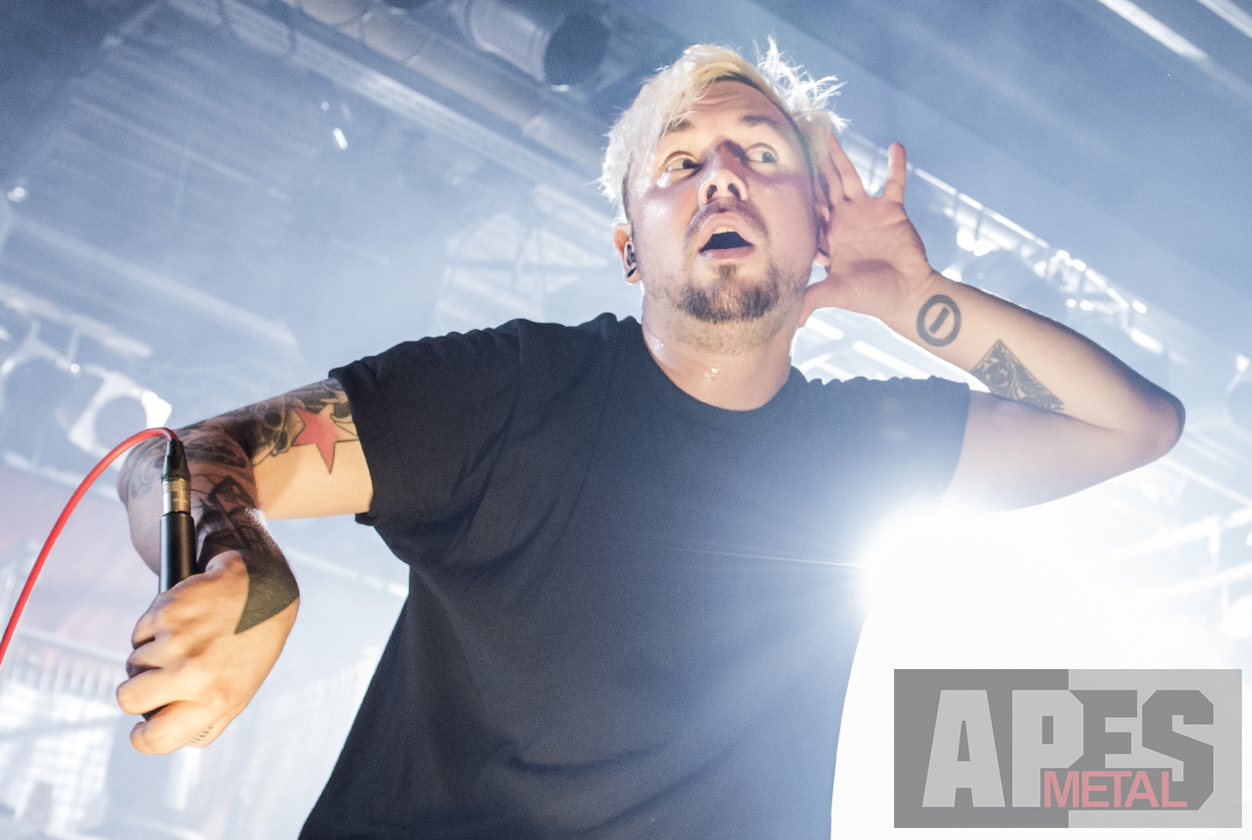