A BLACK EVENING FOR BLACK METAL

Every year, Backstage in Munich transforms into a Mecca for black metal fans on December 26th - a perfect way end Christmas in a relaxed manner. The anticipation, however, was marred when the promoters announced the relocation of the concert into the smaller club due to poor advance sales.

Opening act of the evening was Kvltyist, a band from Munich. Despite the relocation into the smaller venue, the black metal rockers had to play in front of an almost empty club. Still, they delivered a great performance. Musically, the German band showed their soft, as well as their hard side and offered a varied show, post black metal-style. Wafts of mist and a light-supported darkness accentuated their music nicely. Authentic and powerful Kvltyst began the metallic X-Mas night.

Taking over the stage next were Gilgamesh who stood out with their specific mix between black metal and death metal. No wonder, their popularity rises continuously and the club at Backstage was notably fuller at this time point. Irrespective of the fact that many black metal fans had escaped from their family feast and come to see the Munich-based band, the performance did not quite fulfill the expectations. Visually, the show was appealing, musically it was rather monotonous. Rough thrashing enthused a part of the of the audience but did not manage to bring across ‘the certain something’. Gilgmesh’s last song was clearly the highlight of their show but failed to change tack overall.

After this average performance the expectations for the third band of the evening, Unlight, rose. It’s been a few years since the black metallers from Klettgau, Germany, last played their songs on a stage in Munich - about time they came back. Classic metal corpse paints adorned their bodies - true all the way through. Musically, the quartet surprised with thrash influences that made their sound unique and the performance the highlight of the evening. Fitting to their outer appearance was their stage design which included an inverted cross. Alone the rather colorful light was a bit irritating and odd. Nevertheless, Unlight won the crowd over with their sweeping guitar riffs and thrilling double bass.

Next up were the local heroes Waldgeflüster. The anticipation was notably huge as the Munich black metallers became of distinction over the past years. The early atmosphere of the concert was good and infectious as usual. But soon it became clear that this was not going to be the best concert the band has ever had. The vocals were merely average, the changes between clean and harsh vocals were rather bumpy. The audience also noticed this slight inconsistency and answered with ambivalent cheering. All in all, this show was not just one of the weaker moments of the evening but also for Waldgeflüster’s band history.

When Mortuary Drape, an Italian black metal band, hit the stage to kick off the last performance of the evening, the club at Backstage was a bit emptier again. Nevertheless, the Italians were particular about their performance: sacral frocks, a lectern and facial paintings completed the trve design and unfortunately reminded the remaining crowd more of other metal bands that walk on different musical paths. Whether it was the restricted space on stage, an overdose of incense, a curse or their condition on this day - Mortuary Drape’s performance was only average and did not manage to win the audience over. The stage design as well as the masquerade bore no relation to the song repertoire. The smoke machine was used so much that the entire band almost vanished in all the fog. Taken together, another average performance.

All in all, Metallic X-Mas 2015 was a rather mediocre evening with different bands but also in different quality. Not only the missing people in the audience diminished the good vibes that night, also the merely average performances were disappointing. Therefore, this evening will be remembered as a rather weak end-of-the-year concert. Those who didn’t make it this evening, didn’t miss much. Hopefully, the concert tour will be better in 2016. 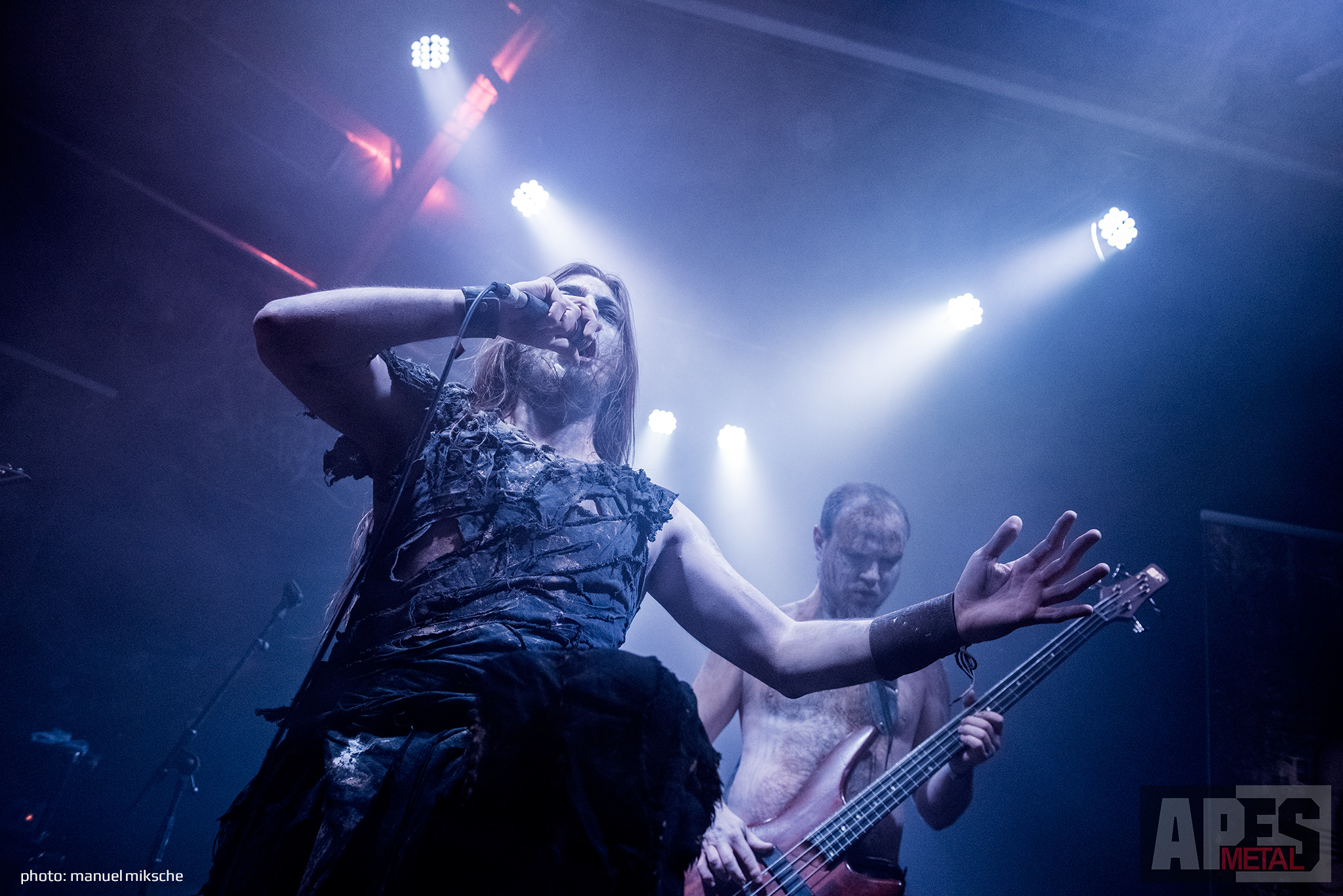