Jugglers, knights, proud vikings and emptied casks of beer – 5000 fans of music inspired by the middle ages from bagpipes to metal guitars have celebrated a peaceful and massive party under clear blue skies by day and star-studded at night from February 22nd to 24th.

The third edition of the Wacken Winter Nights was taking place in a 7000 square metres inner area and not just the most successful but also most international winter event in Wacken so far. Guests from at least 35 countries travelled to the worldwide most famous metal village including visitors from the Americas, Israel, Japan, and Australia.

Helge Rudolph comments: 'Some might think that it is a little bit crazy to have a festival in wintertime', says the head of project. 'The visible enjoyment and the positive feedback from the fans is proving us and our excellent cooperation partner from 'Panem et Circenses' right. Our guests were once again amazing: On Saturday night, the final drop of our specially brewed festival beer was running through the tap - of course we had more supplies of a different brew waiting for action in the Wacken Brewery. Our merchandise deparment has also reported to be sold out. The excellent feedback from the band also shows us that we are on the right path, but there is always room for improvement for the next edition, which will take place from February 14th to 16th in 2020. We will announce the first top acts for the Wacken Winter Nights IV soon. Hopefully the weather will be as great next year as it was during all of this weekend. We hope to welcome you all again in 2020!'

Marc Loewe adds: 'The excellent cooperation with the authorities has once again made a smooth operation possible - and we thank everone involved from the bottom of our hearts,' relates the head of production. 'We also thank our cooperation partner 'Panem et Circenses, all exhibitors and stall operators, all bands and artists, and especially all members of staff and crew that made this festival possible with their tireless and passionate work for our visitors. Thank you all!'

The official authorities have once again reported an extremely low amount of cases, which would be taken as sensational everywhere outside of the metal scene. Until Sunday at 16:30 CET, police had recorded 6 minor incidents, fire and rescue services also had to deal with just a small number of minor injuries.

More than 40 bands performing at a total of 6 locations, which includes two special acoustic shows in the village church of Wacken, were delivering musical entertainment at its best. Roving ministrels like the charming duo Hyttis, exciting new discoveries such as Danish pagans Heilung as well the headliners Korpiklaani, Saltatio Mortis, Feuerschwanz, and Faun completed a billing that was especially created with a winter fantasy setting in mind. The huge crowds in front of the stages have impressively demonstrated that the concept has been very much welcomed by the fans. Many visitors, including whole families have put a lot of effort into historic or fantastic costumes, which they proudly wore at the festival and contributed to the special and unique atmosphere of the Wacken Winter Nights.

Heroic warriors and proud ministrels – the Wacken Winter Nights are not just a miniature version of the world famous Wacken Open Air. The unique concept of this festival combines medieval reenactment with fantasy, folk, pagan and viking rock and metal, and much more!

Stroll through the picturesque festival village where traditional craftsmen display their skills and offer their handmade goods at the market. There you can also enjoy fine medieval treats, of which many are produced organically. Encounter mythical creatures, wandering bards, magicians, and storytellers in the Mystic Woods or gather around several warm campfires. 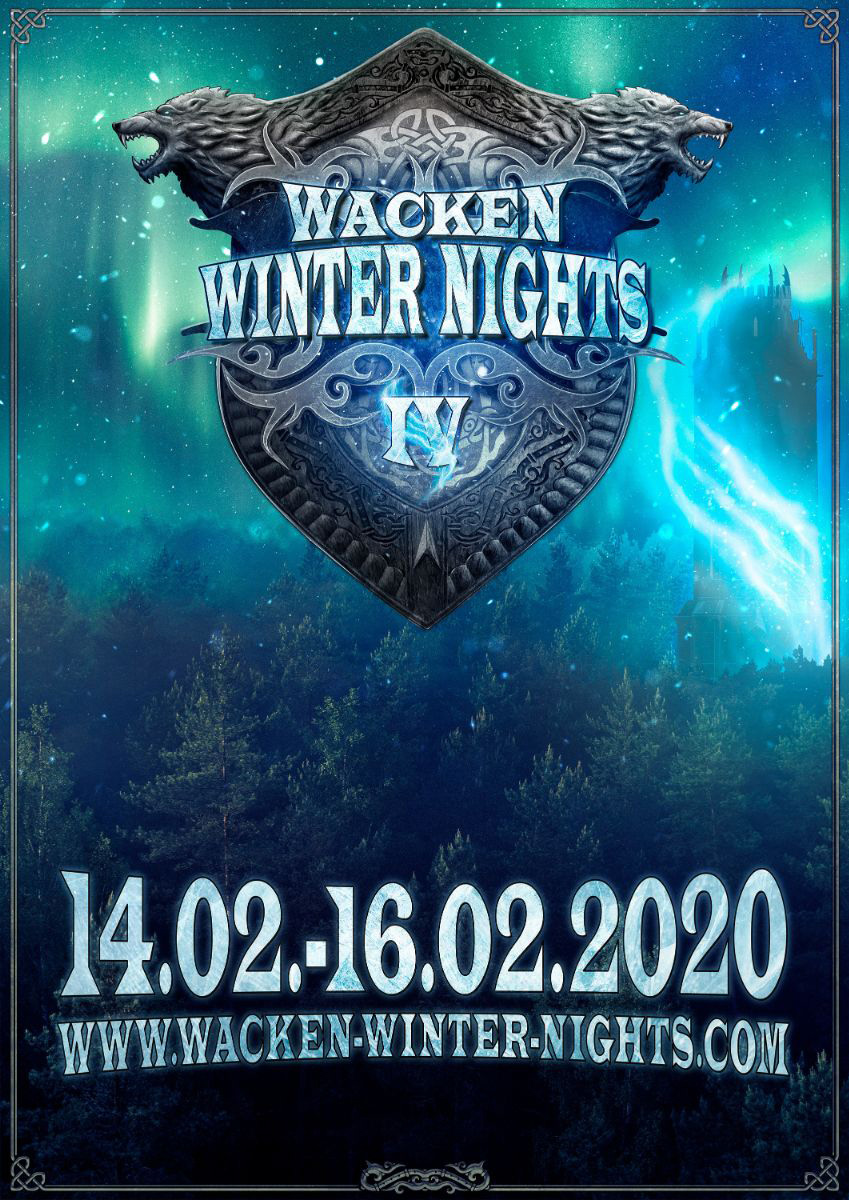