Blue skies and sunshine - Wacken Winter Nights have opened their gates for the third edition of this winter festival. From Friday today until Sunday night about 4.000 guests are being expected on the 7000 m2 inner festival area.

Helge Rudolph comments: 'We are happy to have finished the build-up as scheduled, all bands have so far arrived on time, and the weather could hardly be better - which means that according to the predictions, we will be offering our fans a fantastic spectacle under great external conditions,' says the head of the project. 'Knowing our amazing fans, we are expecting another peaceful and fun-filled event.'

100 members of staff and various public authorities are making sure that the festival runs savely and according to the regulations. 50 trucks with material were needed to build-up the stages.

Jugglers, brave knights und vikings – the Wacken Winter Nights are not just a smaller version of the worldwide renowned Wacken Open Air. Its unique concept combines medieval market themes with fantastic elements, folk, pagan and viking rock & metal, and much more. Thematic areas invite the visitor to travel through time to magical places like the "Mystic Woods", a "medieval village" with traditional crafts as well as medieval and other culinary treats. 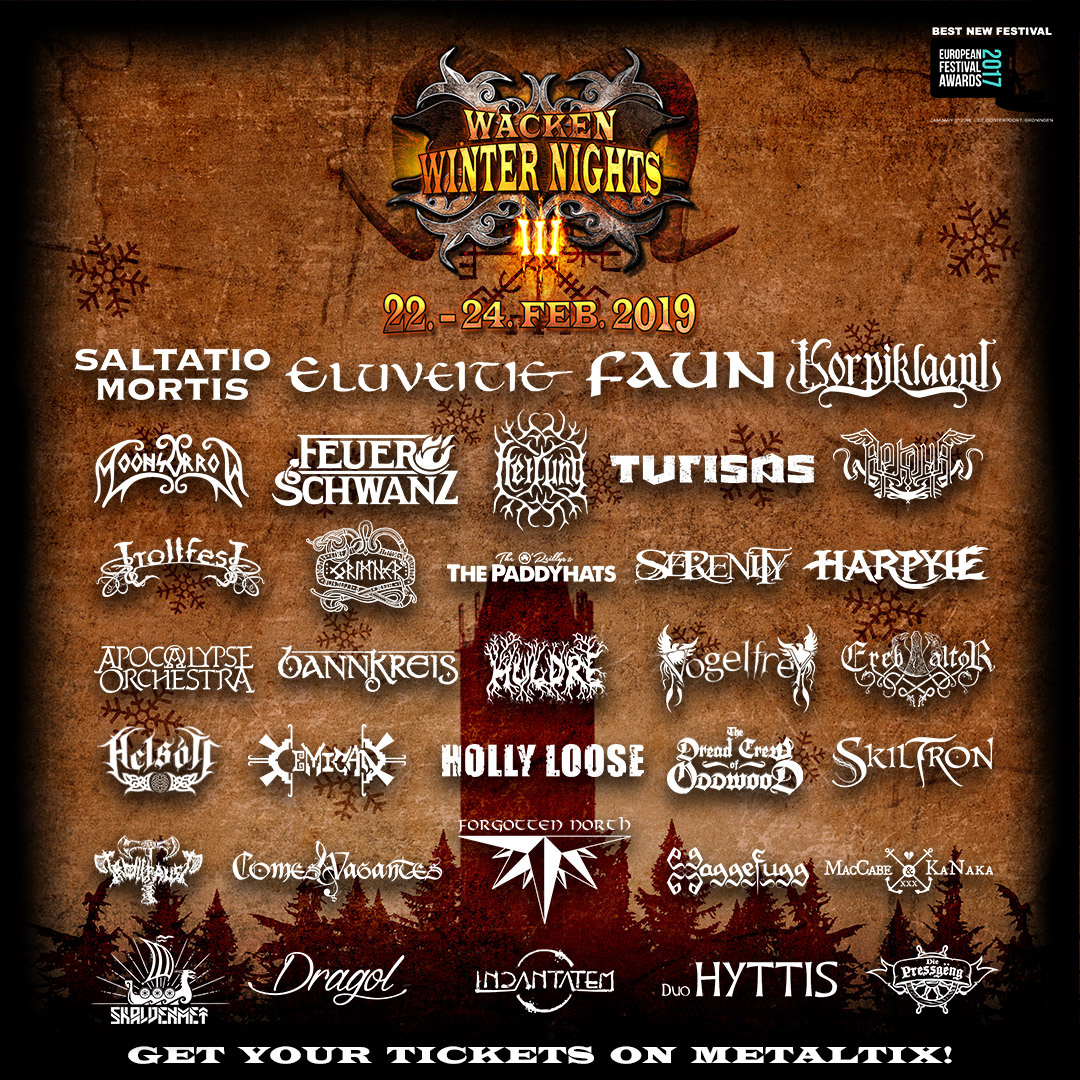