Crackthefiresister, a multi facetted artist from Vienna, Austria (Europe) went on an adventure to the Americas in May 2015. As a singer, vocal coach, writer, visual artist and interview conductor as well as guest host in radio shows she came to do all these things in New York, Montreal, Medellin and Joshua Tree.

The reason for her trip was that she wanted to visit some friends, go to the Joshua Tree Music Festival and (unable to stop working for two weeks) do the things she likes abroad too.

While in New York she started a collaboration with Talawa radio and took the stage at the Nuyorican Poets Open Mic, in Montreal she did some more things with the help of "Mr. Metal PR in Canada himself", Jon Asher. On "Grade A Explosives" on CJLO 1690 Radio Andrew asked crackthefiresister what she does and played some Austrian Underground Metal she brought. Mihaela Petrescu, known metal photographer in Montreal, was met while Insurrection where playing at the Foufounes Electriques and the vocal trainer Crackthefiresister found that Stefan has a wonderful breathing technique. At the McLean's Pub Jon Asher and crackthefiresister shared a DJ Set at the Heavy Night by CJLO presenting more Austrian Metal, after a meeting and planning on collaboration with Isanielle Enright, an Extreme Vocal Coach from Montreal. Of course an impromptu vocal workshop happened later that evening. Crackthefiresister conducted Interviews for www.wedontcare.at with Mutank and Ray Howard, playing in Vinyl Hero, who also recorded 3 coversong videos with her, which not yet release. She also took the stage at Brutopia and as usual she sang with street musicians. All this within 5days, only to go to Colombia for no longer than 2 days.

In Medellin she met Juan Sebastian Villa Ortiz, owner of the online magazine Basjo Asfalto. Even though there wasn't a lot of time, several interviews were conducted with bands like Horde Thor and she was interviewed by Juan Sebastian herself.

The last stop before returning to Europe was the Joshua Tree Music Festival. Although it was hard to find a way to get there from Los Angeles and back, she still made it. Brian Allman from RYDEthere brought her to the Festival and Aaron Sims from Southwest Adventures picked her up at the Crossroads Café in Josua Tree taking her along with his tourist group he lead through the National Park earlier.

Besides singing along the gong meditation of Pierette, she used the mobile recording studio of roaming sounds for a voice-only improvisation, sang on several jam session occasions and conducted an Interview with Barnett English, who runs the festival.

On a two-week trip like that she could not bring pictures but gave her new and old friends "NIX" - a small plastic piece saying "nothing" in Austrian dialect. To find out about the meaning and idea behind this gift go to www.crackthefiresister.net or find crackthefiresister on facebook.

She promised to make some videos of her trip soon. 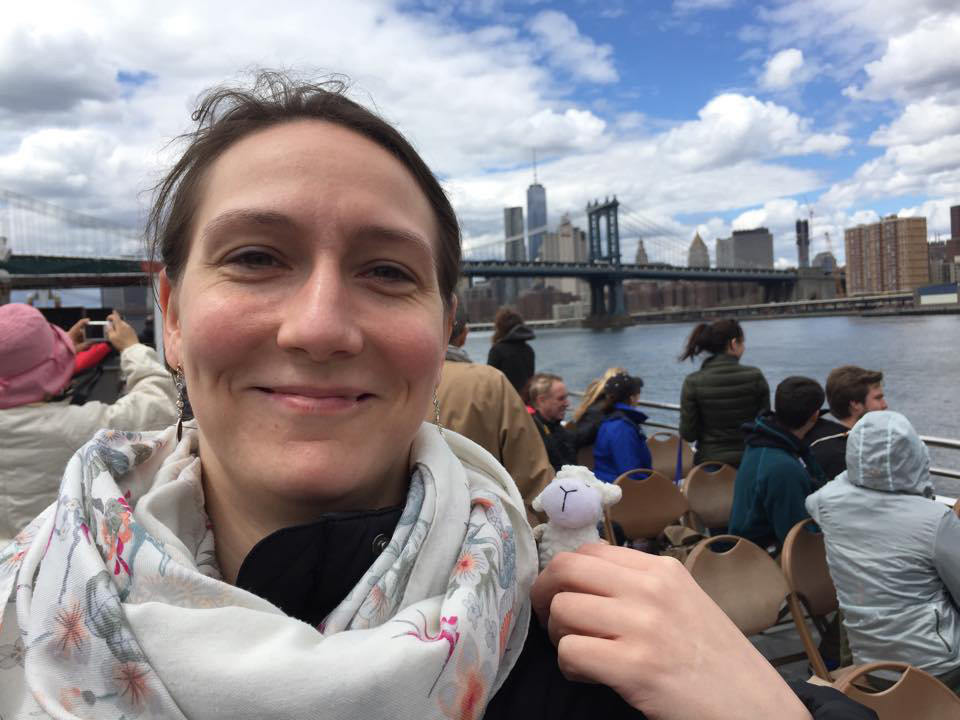 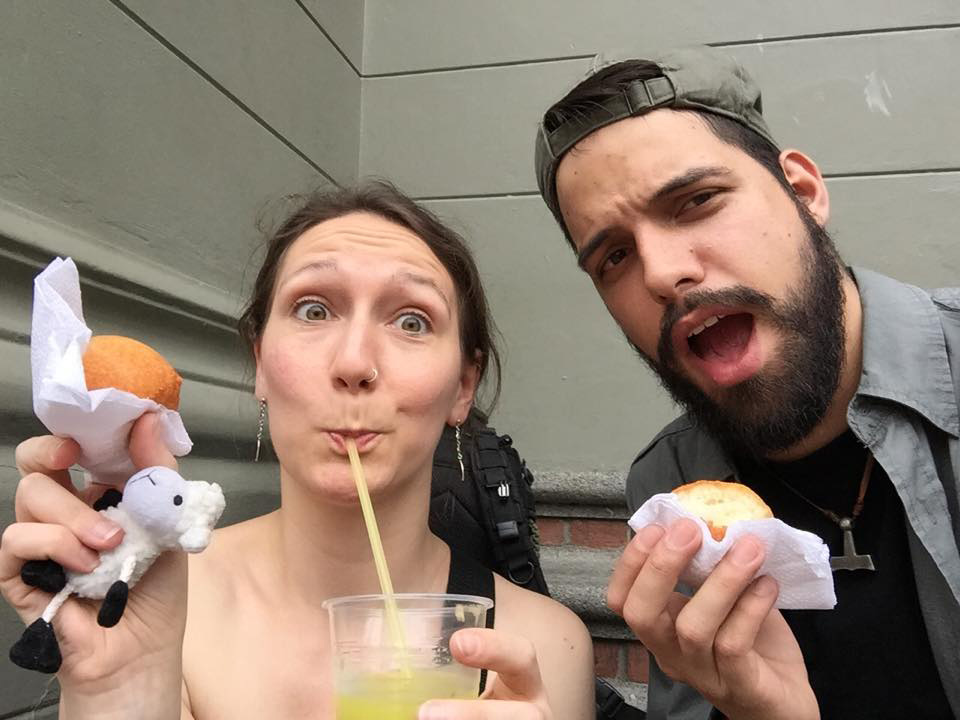 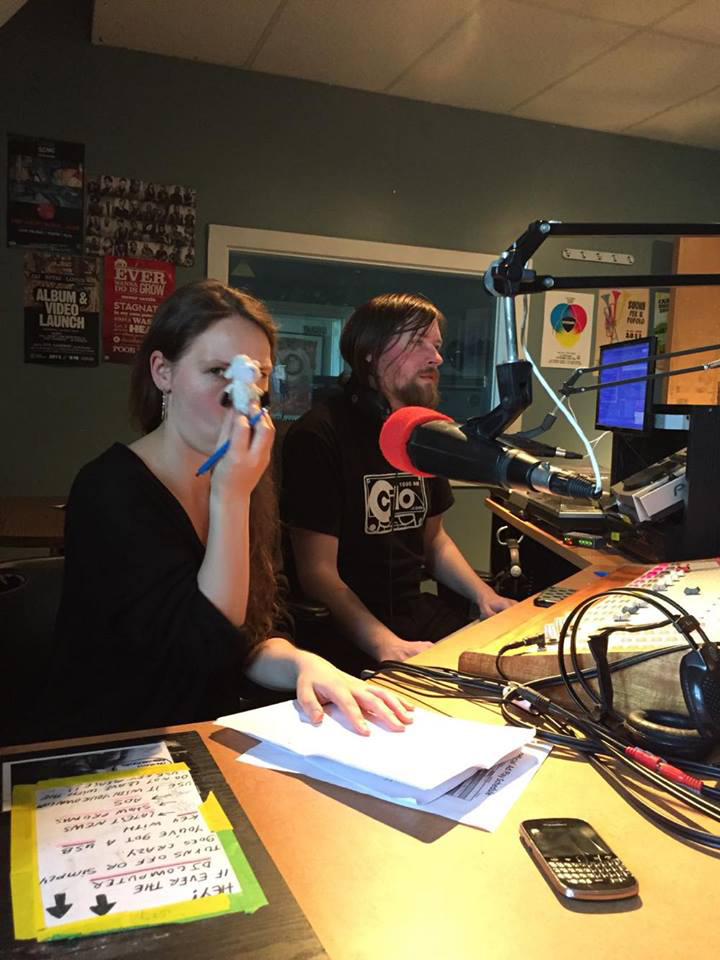 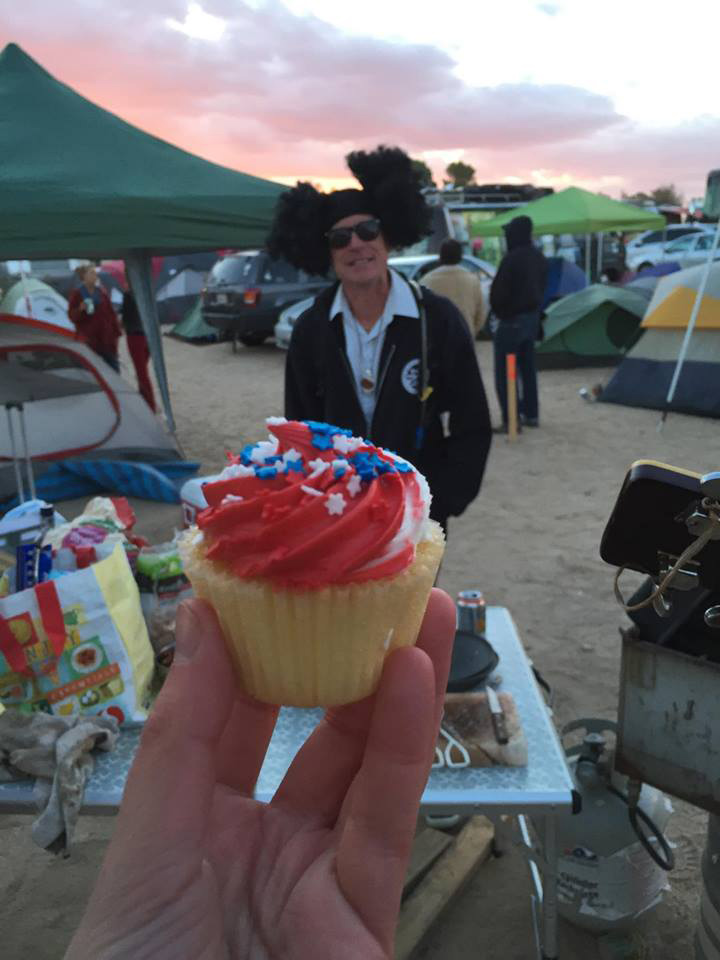 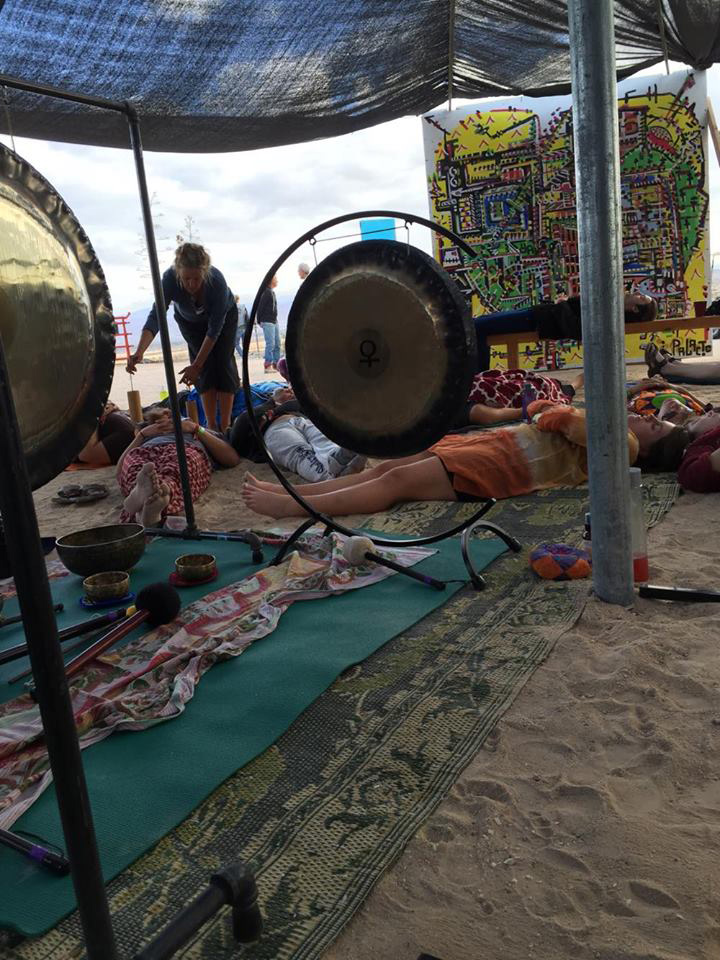