The Night of Power Metal

On May 12th, 2015, Sonata Arctica came back to Munich and delivered a great metal performance, focused on their past 15th year anniversary of their album ECLIPTICA together with Freedom Call and Twilight Force at Backstage.

At 8 pm, the Swedish power metal band Twilight Force entered the stage in Medieval costumes and ensured a great party and a fantastic atmosphere right from the beginning. With songs like “Enchanted Dragon of Wisdom” or “The Power of the Ancient Force” they transferred the audience back into Middle Ages. All of the songs performed this evening were taken from the bands only album so far TALES OF ANCIENT PROPHECIES (2014) which tells the story of a group of knights who plan to free their country from all evil with a dragon on their side. Even though their sound could have been slightly less electronic, the six young men around singer Christian Eriksson proved their talent and delivered a great show.
At 8:45 pm it was time for the Nuremberg-based power metal band Freedom Call to enter the stage. The new single “666 Weeks Beyond Eternity” from the re-release of  their 2002 landmark album ETERNITY (2015) was the bands first song with which they carried the amazing atmosphere of the evening even further. The approximately 750 people large crowd was enthralled and partied alongside singer and guitarist Chris Bay and his three bandmates. Many of the songs played this night, such as “The Eyes of the World”, “Ages of Power” or the rock ballad “Bleeding Heart” came from ETERNITY (2002/2015). One of the most celebrated anthems of the night surely was “Power & Glory” from their 2012 album LAND OF THE CRIMSON DAWN. Unfortunately, Freedom Call were unable to play an encore due to time constraints, even though the entire hall requested it.
At around 10 pm, Sonata Arctica, formed 1996 in Kemi, Finland,  began their performance with an astonishing classic-mixed intro, followed by “White Pearl, Black Oceans” (RECKONING NIGHT, 2004). Right from the start, the storyteller from the background remarked the celebration of the 15th anniversary of the longplayer ECLIPTICA (1999/2014) which was undoubtedly the theme of their show. Tony Kakko and his fellow band members performed quite a lot songs from the re-released album like “ My Land”, their first self-written song “Letter to Dana”, “8th Commandment” or “Replica”. The Finnish Power/Progressive Metal band with their slightly eccentric singer and front man delivered a great show with splendid riffs and a good mixture of rock ballads and up-tempo songs which easily could have gone on all night. 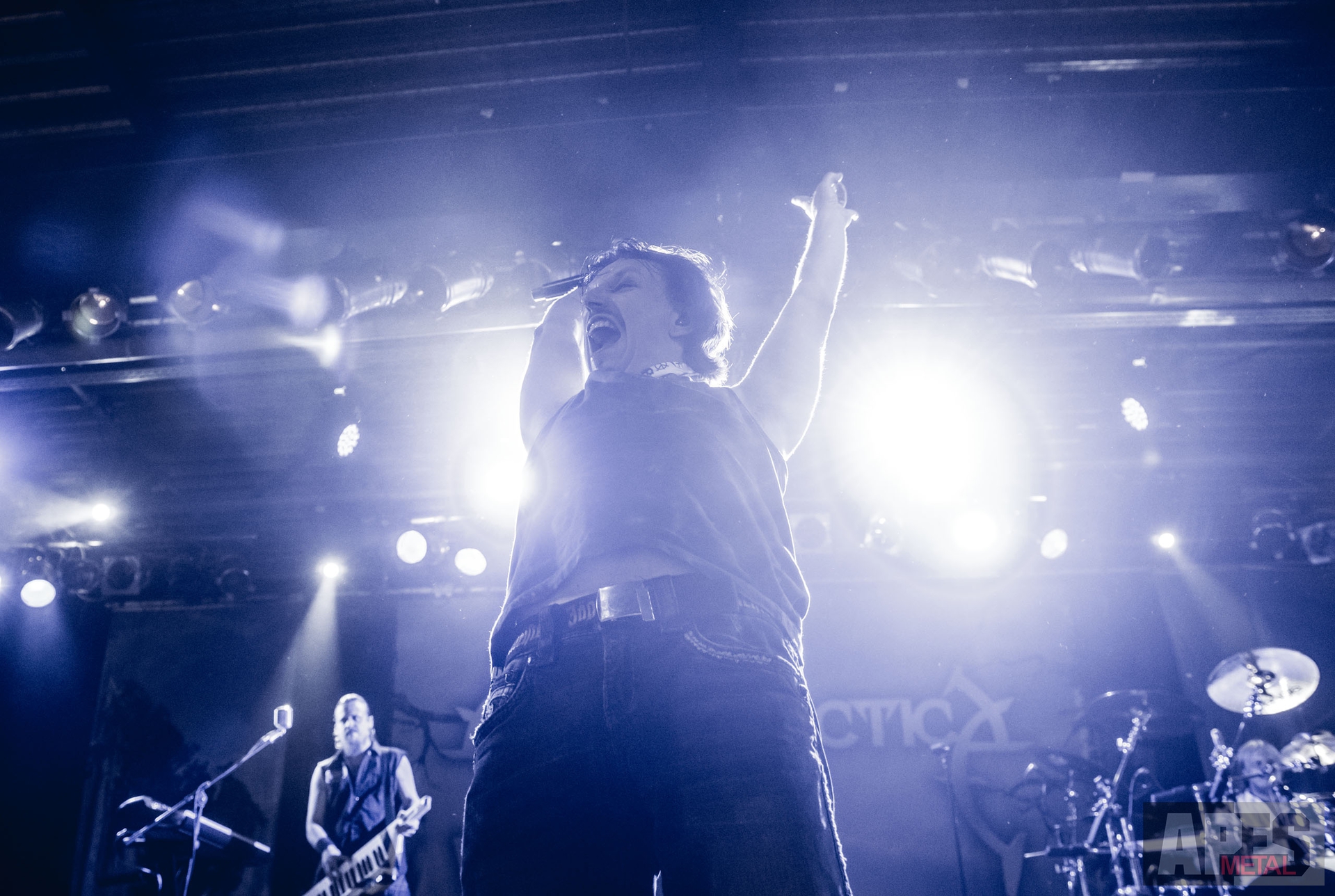