The Australian Pink Floyd Show in March 2015 in Munich

Nowadays it's difficult to imagine how living legends PINK FLOYD started making history decades ago. Their fantastic musical evolution, their spectecular live shows and their timeless, iconic albums made this band an international symbol for great, passionate music.

For more than 20 years already, THE AUSTRALIAN PINK FLOYD SHOW has been committed to keeping the legacy of the original PINK FLOYD alive and well-known and give fans a grasp of what an actual PINK FLOYD show could have felt like. This cold Friday night in the Spring of 2015, people of Munich hat the chance to join the experience live at the Zenith.

The show starte out with 'Astronomy Domine' back from 1967. This song isn't all that catchy to begin with and the intense interpretation by the Australians immediately established a somewhat menacing, almost scary and freaky feeling.

For the second song, one musician and his keyboard built up tension for nearly five minutes until the iconic main guitar melody of 'Shine on you cray Diamond (Part One)' kicked in eventually. From now on, you could fully immerse in the music and enjoy the music. Even though the performance, including live Saxophon solos, was sophisticated and every last detail was carefully worked out, there was still the almost tangible, chaotic aspect to the show that reminded much of the original band's work.

The Zenith has a reputation of not always having the very best stage sound you can get, if you've been there, you probably know that, but for this show, everything was perfectly done. You could concentrate on every little ringing of guitar strings and clearly hear it.

When the band played the third song 'Welcome to the Machine', the brought out the big guns on stage: Countless laser beams filled the venue and the huge, portal-like designed screen on the back of the stage provided imagery fitting the song in a more up-to-date context. They even included criticism on a certain music streaming platform as well as the people attending the concert themselves.

Another 6 laser beams were also used to accompany the performance of 'Wish you were here'. They resembled the strings of a guitar and resonated with what was played during the intro solo of this beautiful piece.

Of course, the second half of 'Shine on you crazy Diamond' was also played and right before the pause, the band spoke to the audience for the first time ("This next song is about teachers and school and things like that"), followed by 'Another Brick in the Wall', another best-of title by PINK FLOYD.

After a 20 minute break the show went on with 'In the Flesh?', 'Learning to Fly' and 'Time', another absolute highlight so far. Up next, the three wonderful background vocalists had a chance to show off everything they got during 'The great Gig in the Sky'. This was one of those moments that just send shivers down your whole body, as intense as it gets.

It merely took the band a few minutes after the break to re-establish the feeling of getting lost in the unique and crazy world of PINK FLOYD, everything was just there again. It was an amazing experience just to close your eyes and enjoy nothing but the beautiful live music. Technically, this was absolutely top-notch as said before.

THE AUSTRALIAN PINK FLOYD SHOW went on with the songs 'Money' and 'One of these Days' before ending the show with the fantastic, emotional masterpiece that is 'Comfortable Numb'. This song's guitars righteously went down in Rock history and this performance was just breath-taking. It was really one of those moments you wish you could prolong forever but after this song, the show came to its regular end.

The audience got two encore songs, the second one - 'Run like Hell' - finally concluded the show after about two and a half hours. This show was one hell of a deal for a pretty reasonable price. I just have to say once again, that the feeling and atmosphere of this concert was not to be compared with anything else. But because of that, the definite recommendation is to check out out yourself if you get the chance, it's by all means worth it. Just be sure to bring ear plugs! Maybe this show didn't have one million Watts or a giant flying pig but the giant bouncing Kangaroo and the stage sound still left you with a lot of extremely loud noise. 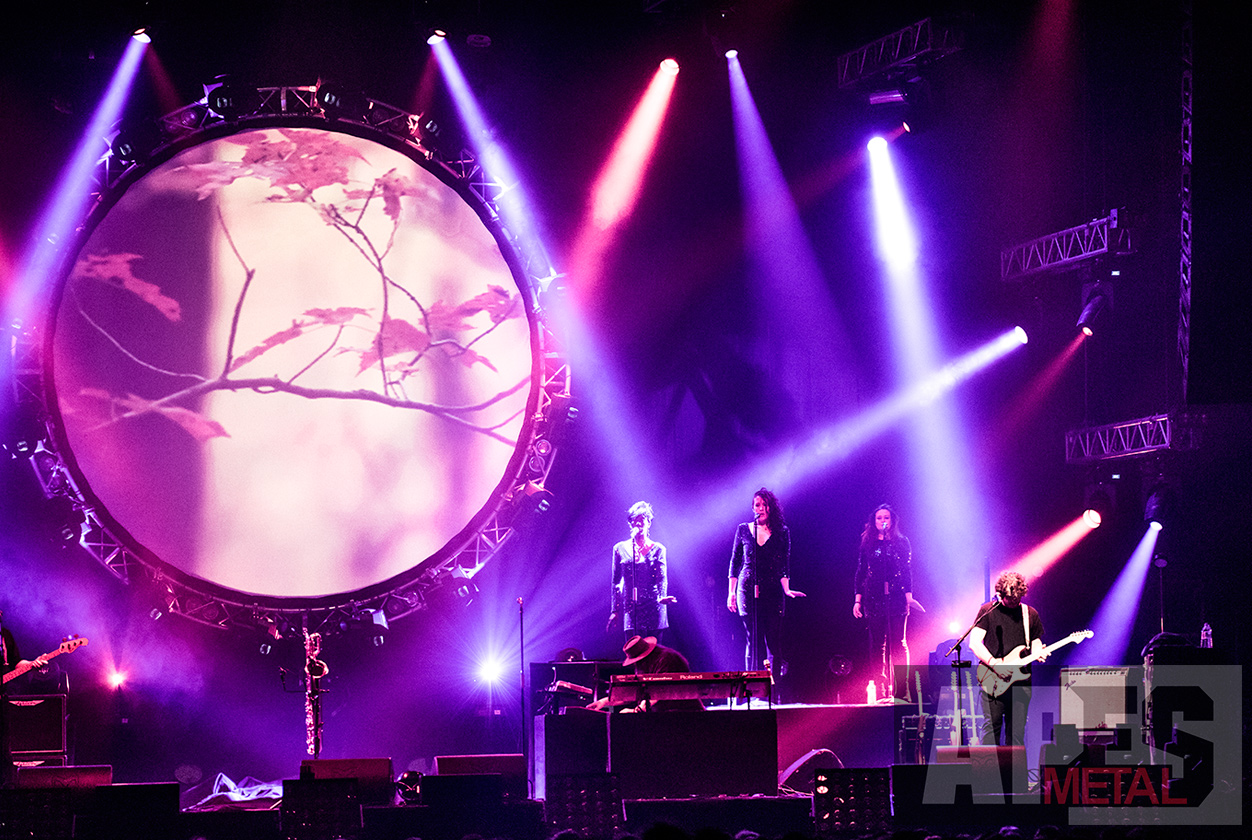