SLIPKNOT + BEHEMOTH will play at the Olympiahalle in Munich

SLIPKNOT are going on world tour with their current album "We Are Not Your Kind" and eight selected cities in Germany! BEHEMOTH! will accompany Slipknot on tour next year!

After the release of their new album "We Are Not Your Kind" Slipknot announce a European tour for early 2020. This tour will take them back to the Olympiahalle Munich.

"It feels great to return to Europe with an extended tour. No matter how often we come here, we just can't get enough! There are still so many cities where we would like to play. One thing is for sure: the audience is one of the best in the world," says frontman Corey Taylor.

Guitarist Jim Root explains, "Never before have we had so much time to write a record and work things out together. I was inspired by the artists who recorded full length albums, not just individual songs. While the industry is focusing on singles, SLIPKNOT was daring an album experiment, from start to finish".

"This time, the art we created was the greatest reward for us because it took the most time," Crahan adds. "Almost five years to create this emotion and temperature, and the reward is nothing less than redemption."

Over the years Slipknot have developed into a cultural phenomenon and with "We Are Not Your Kind" they have once again reached the top of the charts worldwide. The video for the lead single "Unsainted" was immediately at number 1 in the worldwide YouTube trends and together with "Solway Firth" and "Birth Of The Cruel" - all directed by M. Shawn Crahan - the band generated over 58 million clicks in just two months. 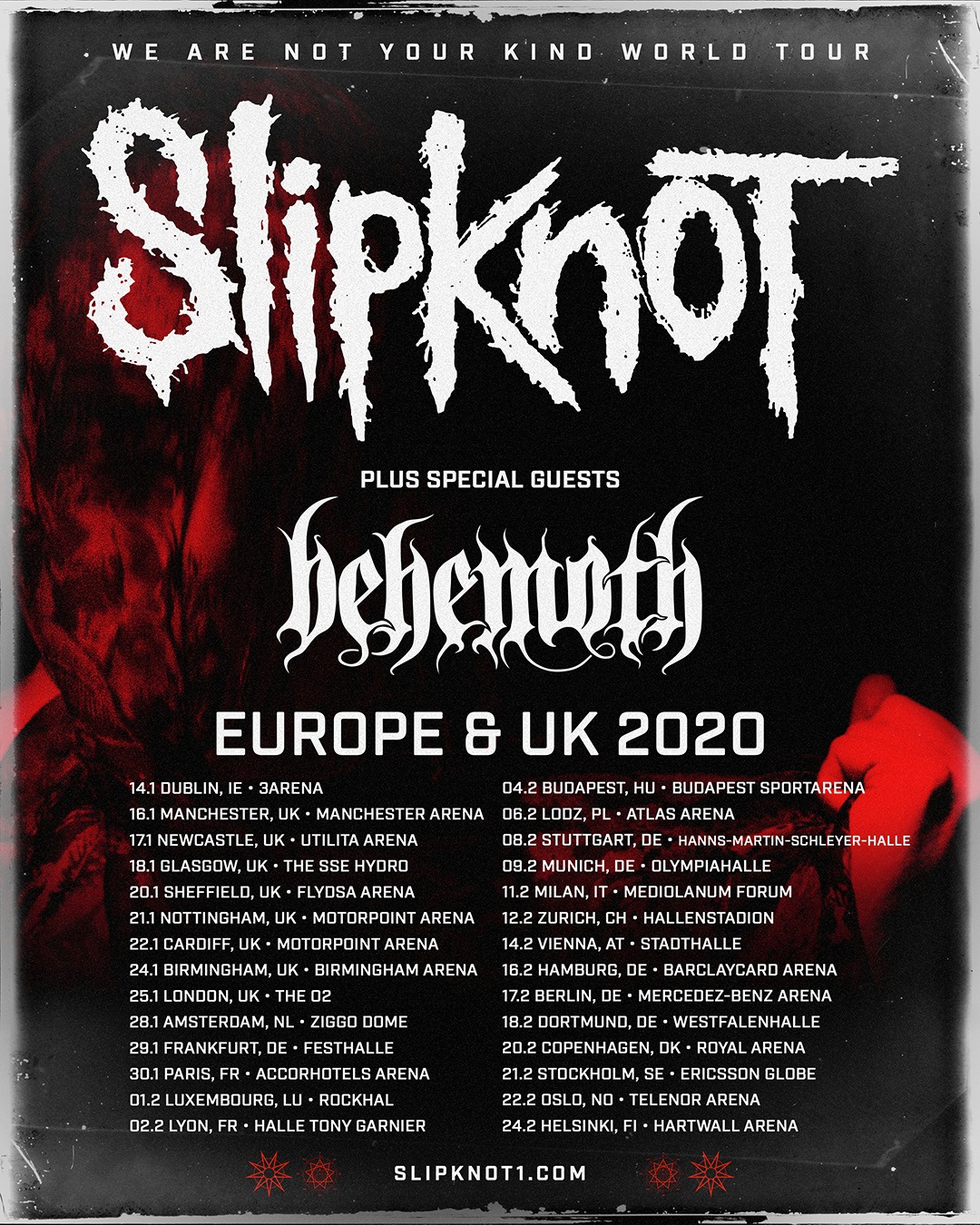