That's a triumvirate! In September KAMELOT will visit Germany for three awesome shows together with GUS G. and the wonderful KOBRA AND THE LOTUS. 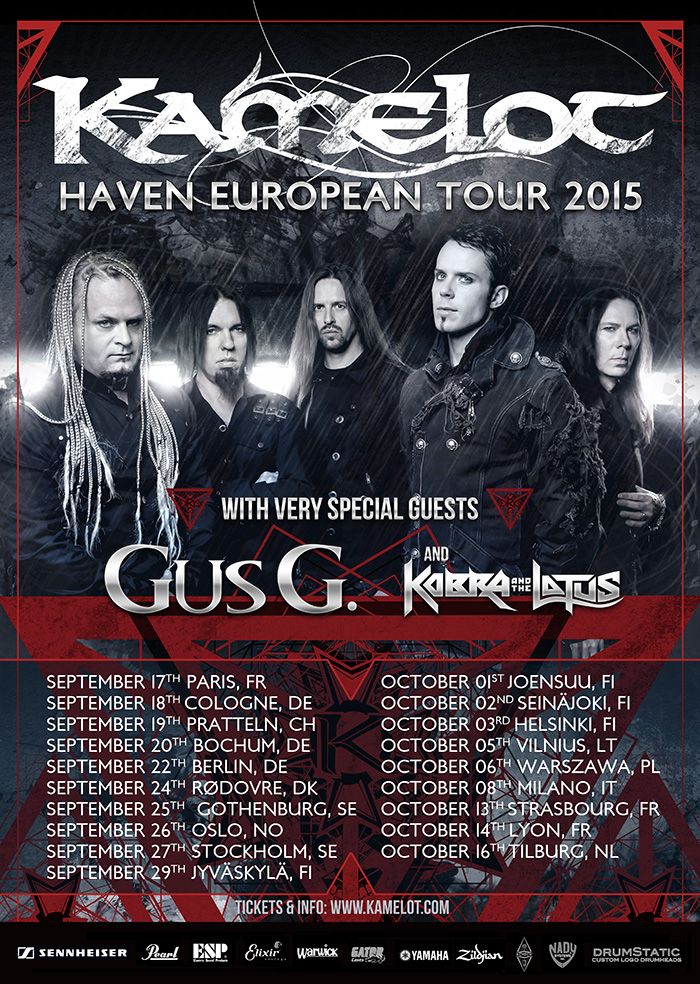