Here you can find the best photos of the last tour!

For over a decade, Five Finger Death Punch has been at the forefront of the American heavy metal scene. Now the band from Los Angeles announces their biggest European tour so far for early 2020 - with no one less than the legendary, multi-platinum thrash pioneers Megadeth. As support, the two metal greats will be accompanied by Bad Wolves, the newcomers of 2018. Between February 3rd and 10th, the exceptional line-up can also be experienced in six German cities.

Five Finger Death Punch have always served with their catchy and aggressive melange of brutal metal passages and melodic alternative rock a sound that represents the spirit of the times and at the same time is strongly rooted in the traditions of heavy metal. Despite their uncompromising toughness, all seven albums to date have been successful, winning gold and platinum awards and more than three billion streams worldwide.

2018 is their most successful year to date: their album "And Justice for None" climbed into the international top ten and to the top of the charts in many countries - including Germany, Austria and Switzerland. In the USA, their seventh studio album made them the most played band on national rock radios.

Through extensive touring, including Korn, Disturbed, Trivium, Killswitch Engage and Soulfly, Five Finger Death Punch increased their success and finally anchored themselves in the absolute upper league of contemporary metal. The anticipation for their biggest arena tour so far is correspondingly great, which will take them through 17 European countries in January and February 2020 and will also stop off in Berlin, Hamburg, Frankfurt, Oberhausen, Stuttgart and Munich for six shows.

Five Finger Death Punch will also feature Grammy-nominated thrash metal icons Megadeth, who were founded in 1983, as well as opening act Bad Wolves, the rock sensation who celebrated their worldwide debut in 2018. 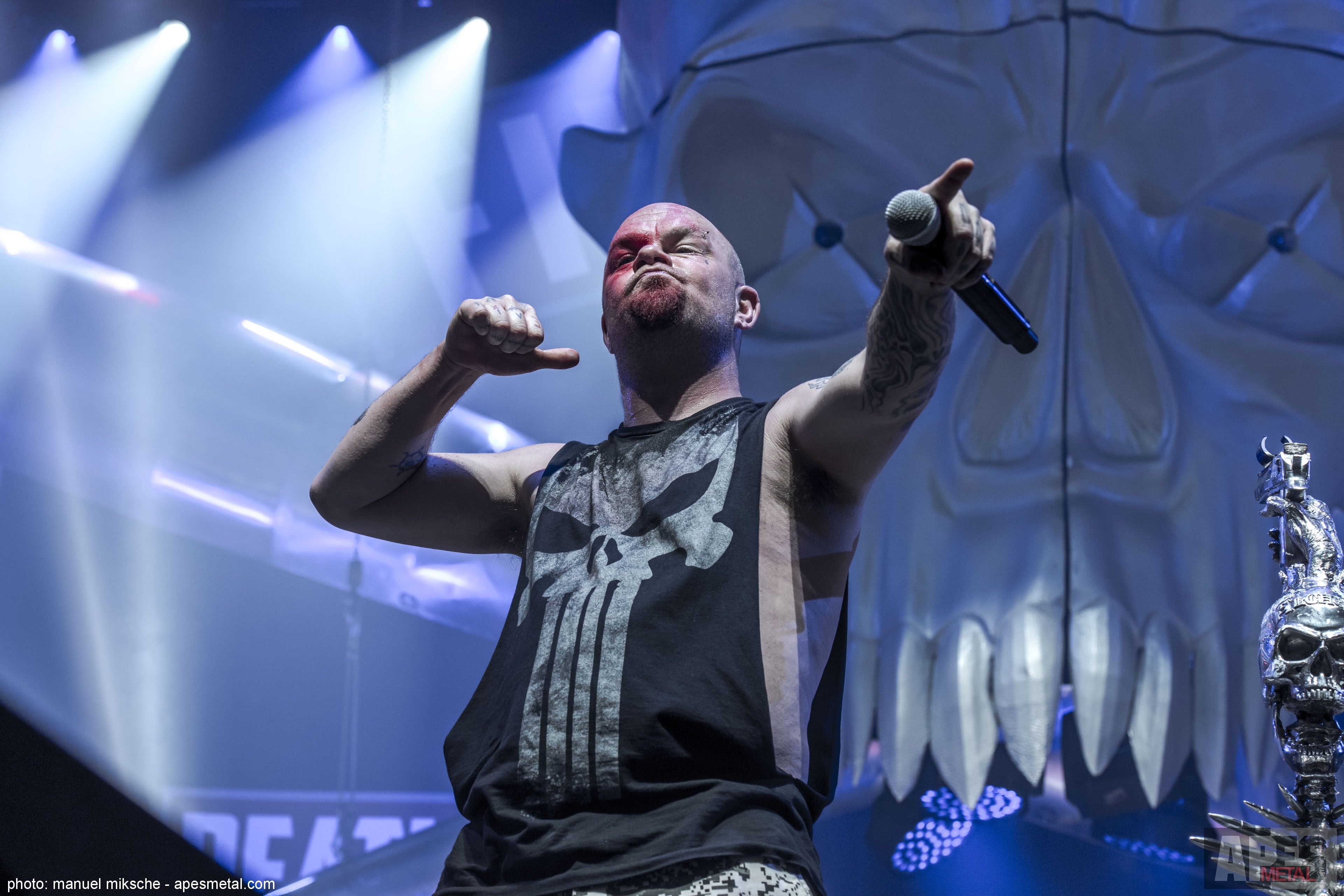