A sold out concert at Zenith, a big age range in the audience, neon colors and alien costumes - no question: Scooter are back in Munich and up to mischief. The Eurodance-techno heroes around HP Baxxter entertain their fans already since the 90s and proved once more in 2016 that they are far from getting old and tired.

Opening the show was DJ Micar who was supposed to get the party going. With a mixture of chart remixes and thrash classics á la Backstreet Boys he only partly managed to do so. And let’s be honest, without any dancers or a light show in a 45 minute performance, it’s kind of hard for a DJ alone to fire it up. Motivating words and prancing around the way you know it from certain entertainers in the German music scene didn’t really help either. Next time, the promoters should be a bit more inventive or simply play a couple of songs from a playlist. This was far from what I’d call entertainment.

15 minutes late, Scooter began their show with a loud bang. As expected, sound, light show and stage set up were bombastic. Therefore, it was no surprise that the entire crowd was excited from second one. It didn’t matter if HP Baxxter and co played “How Much Is the Fish?” or “Nessaja” - the audience screamed, partied and danced as if there was no tomorrow. No doubt, Scooter know embellish an incredible show with hot danseuses in almost no clothes and athletic dancers with their break dance moves. Aspirations were out of place here, main thing here was bare skin and a cracking performance. Naturally, there was no lack of variety, changing costumes were a must. But not only the dancers in bunny costumes or dressed as dominas ensured variation, Hans Peter himself also dressed up and played around with the famous burning guitar while performing “Fire”. Scooter at their best!
Slightly shallow but still effective the trio, HP Baxxter, Phil Speiser and Michael Simon, managed to stir up the crowd and make everyone dance - from young, half-naked girls over cliché ravers in net tank tops to stout women in their mid-forties. Except for a brief gothic-like phase that was slightly confusing, the entire concert hit the mark with its extravagant pyro show, the more or less stale songs and the classical Scooter poses. HP Baxxter had the crowd well in hand right from the start and aroused enthusiasm in the audience.
The night’s show was definitely not characterized by earnest and demanding songs, let alone a serious show, but let’s be honest: If you go to a Scooter concert, you don’t expect things like that - you’re there to have fun and party all night long. The evening surely kept its promise: “Always Hardcore”, “Weekend!” and tons of “Dob, dob, dob”.

Setlist:
Ten Seconds Before Sunrise/Carmina Burana/Code 303
Oi!
Riot
One (Always Hardcore)
Weekend!
Stuck On Replay/Bit A Bad Boy
Ramp! (The Logical Song)
How Much Is the Fish?
Who's That Rave?
Mary Got No Lamb
J'adore Hardcore
Jump That Rock (Whatever You Want)
Opium/999 (Call The Police)
Bigroom Blitz
The Leading Horse
Marian
Lass Uns Tanzen/Shake That!
Nessaja
Posse (I Need You on the Floor)
Habanera/Fuck the Millennium/Call Me Mañana
Jigga Jigga!
Maria (I Like It Loud) 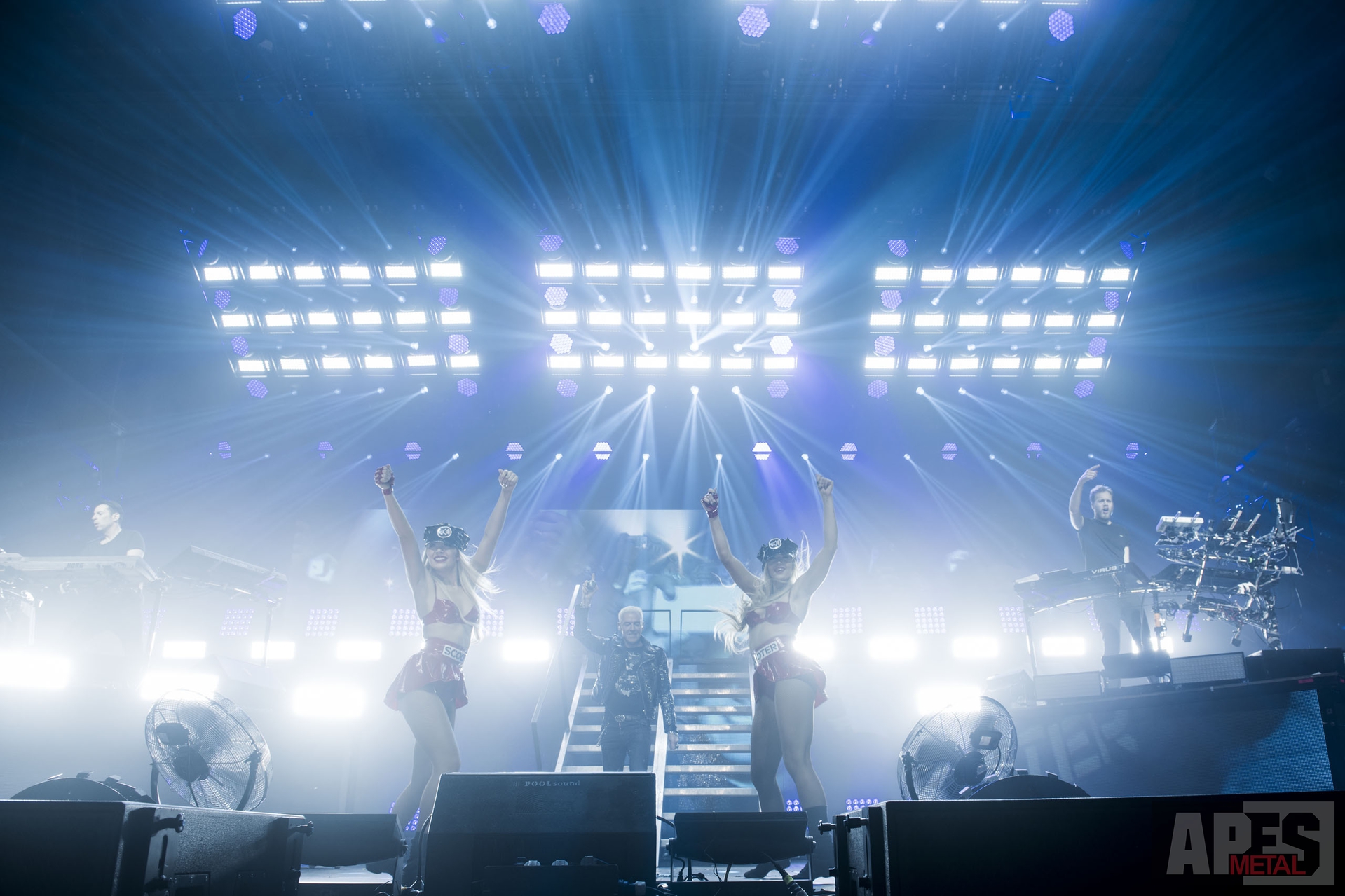