Modern metal sextet Amaranthe, who hail from Gothenburg, Sweden, which has been a hotbed of revered metallic exports that go on to find astounding global success, are back with their biggest and most thrilling artistic statement to date in the form of MASSIVE ADDICTIVE. The title is specifically stylized in all capitals letters and while that's considered "yelling" and rude when it's used in email etiquette, Amaranthe are proud of their latest opus and are letting it speak at the loudest volume.

MASSIVE ADDICTIVE is the band's third album for Spinefarm, following 2011's now-gold, self- titled release and 2013's Nexus, the latter of which landed at No. 1 on the U.S. iTunes Metal Chart, along with a homeland debut at No. 6.

The video for the song "Hunger" from the self-titled release has racked up well over six-million online views and was named one of the 15 best videos of 2011 by Japanese TV show Rock City, ahead of clips by Linkin Park and Ozzy Osbourne, as Japan has widely opened its arms to Amaranthe, who have played the country's famed Loud Park event and will do so again in 2014.

Amaranthe are able to stand out from the crowded Swedish metal pack due to the fact that they boast not one, not two, but three vocalists, with female singer Elize Ryd having been honored with the Rock 'n' Role Model Award at the 2014 Bandit Awards in Stockholm.

While Amaranthe have made quite the splash on the back of previous work, the band is not satisfied with coasting on what it has done. Rather, Amaranthe look forward to the future, leading the charge with MASSIVE ADDICTIVE.

MASSIVE ADDICTIVE was tracked at Hansen Studios in Ribe, Denmark with sound sorcerer Jacob Hansen (Volbeat, Epica etc.) at the helm. The cornerstone and the bedrock of the album is the divine duality of pulsating beats and melodic pop choruses, both of which are Amaranthe hallmarks.

Furthermore, the 12-song album is a flawlessly executed clinic of masterfully and carefully crafted European metal, boasting Olof Mörck's surgically precise riffs and soaring solos alongside Morten Løwe Sørensen's rhythmic thrust and Johan Andreassen's booming low-frequency assault. The aforementioned Ryd's vocals are as emotive and empowering as ever, filling the room, while Jake E's melodic vocal are an outpouring of power. New screamer Henrik Englund Wilhelmsson puts his stamp on the material, as well.

The sound is both massive and addictive, from the unforgettable, driving sounds of "Drop Dead Cynical" to the anthemic title track to the stadium-sized soar of "Digital World" to the emotionally haunting power semi-ballad "True." MASSVIVE ADDICTIVE is an exercise in dynamics and is one that refuses to play by any sort of genre-specific, prescribed rules. The only rules in effect here are the ones set forth by Amaranthe.

"We have lived and breathed this album every hour and every day the last year, and to know that this music is about to reach everyone's ears is beyond exciting," guitarist Mörck enthused about MASSIVE ADDICTIVE. "Following the first leg of The Nexus World Tour, we sat down and agreed that we wanted the next album to be really fresh, new and even to raise a few eyebrows, all while retaining our signature sound."

He continued, "MASSIVE ADDICTIVE is in every way that huge leap forward we wanted to achieve and the album definitely contain our strongest song writing to date. The press often asks us to 'describe the album with three words'; this time, the answer is simple - it's MASSIVE, it's ADDICTIVE, and most importantly, it's AMARANTHE!"

Also, the band has taken to updating their sound so now you'll hear contemporary influences never used before in Amaranthe's songs before, ranging from breakdowns to dubstep to voice studders to delays.

MASSIVE. ADDICTIVE. AMARANTHE. That's really everything you could want and more from an Amaranthe record. 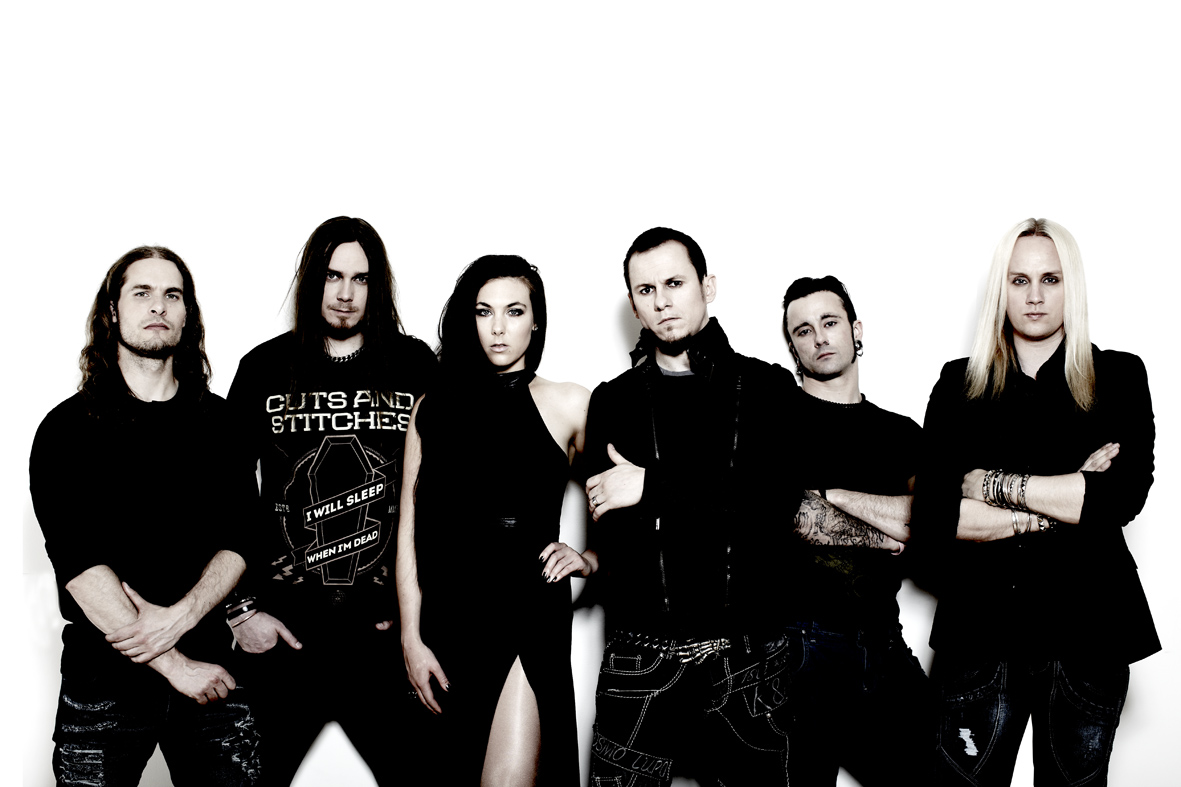