Certainly all of you were curious about all the new festival area and infrastructure changes. With the release of the current Holy Wacken Land & Camping Site Maps we can now answer your questions!

According to your feedback, which we are very thankful for, we made further changes on festival area and campgrounds.

Let’s begin with the shower camps: The new shower camp S6 on campground O is our newest addition which benefits camping visitors on the campgrounds O, S, U and V. The walking distance from those campgrounds to reach showers, flushed toilets, supermarkets and breakfast tents is now essentially shorter. With this measure we have increased the sanitary support on the campgrounds once more.

Further we have relocated the beer garden. As you can see at the Holy Wacken Land map the beergarden is now situated on the left of the metal market.It offers more space as well as an extended range of food and beverages offers.

In the last year we got lots of feedback including the demand to take care of a better line of sight on W.E.T Stage & Headbangers Stage. Your wish shall be granted! We have relocated the wrestling ring into a all new location.
The wrestling ring can now be found at the brand new Wrestling Slam Tent which will also be home to the poetry slam battles. That means more space for the audience, no visibility restrictions and non stop metal at the Bullhead City Circus. Enjoy!

The position of the metal market was also adjusted due to the changes at the beergarden. It is now situated at the middle of the Wacken Center. Further the so called Metal Market event tent is gone.

Both main entrances (as you can see at the Holy Wacken Land plan marked with an red A & B) were adjusted to the same size so they can handle the same amount of visitors. That means you can expect shorter waiting times at the security checks.

Last but not least we want to introduce you to the Rainbowbar. This bar is located besides the beergarden and was established in memory of Lemmy Kilmister and his favorite bar in LA. There you can drink and enjoy (We’ll guess you already expect it) Whisky and Cola.

You can find the maps as downloadable PDF here!

We hope you like the changes and are looking forward to your feedback after the festival. 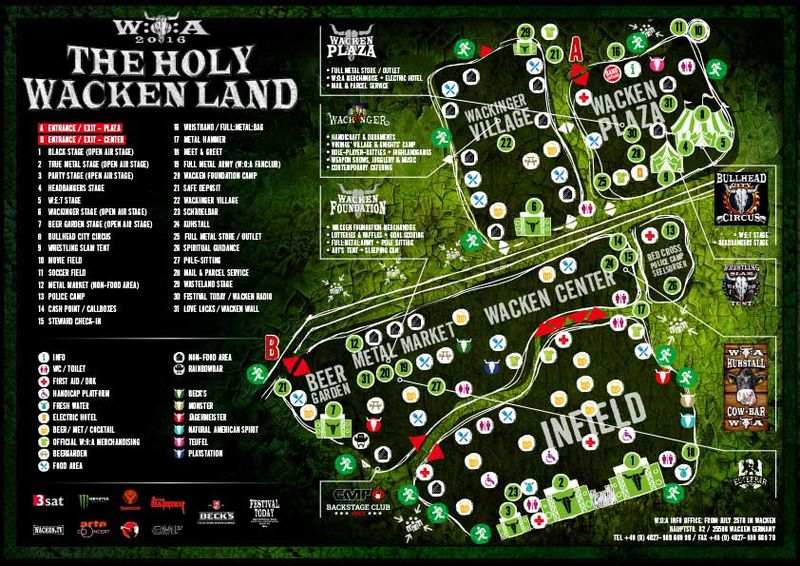 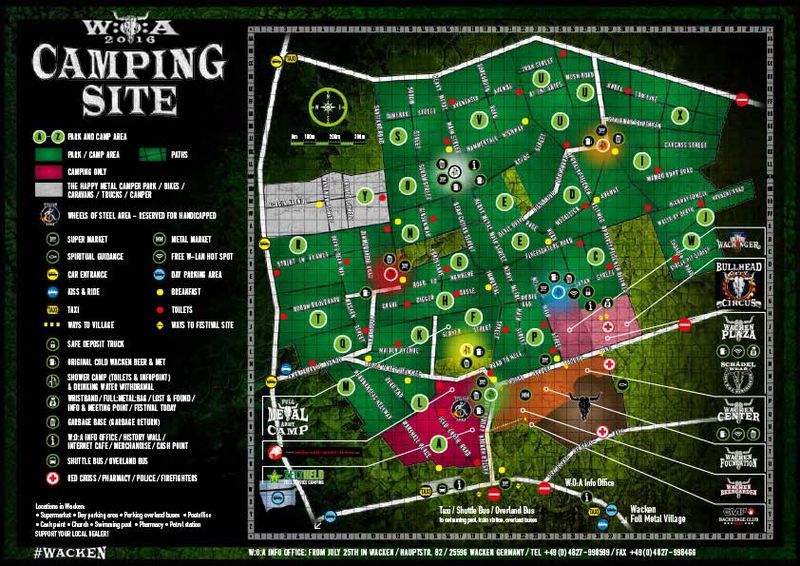