A few days ago the announcement caused the dissolution of the southern German hard rock metallers Strangelet uproar among their fans. The quintet got with their "First Bite" debut album, and not least with their more energetic live shows scene-wide attention. Already in her farewell statement the band announced to continue to make music and held out the prospect to play a part of the previously confirmed shows in other constellation. Today now the cat is out of the bag: the offshoot of Strangelet with ex-members Stefan, Finn and Tobi is called SPITEFUEL. The Line-up is completed with Timo and Björn from Devil's Darling. In this constellation SPITEFUEL will play a large part of the existing Strangelet shows. The already planned studio sessions in the summer should also not be shaken. The successor for the "First Bite" album - and at the same time the debut album of SPITEFUEL will be released at a later date via MDD Records. 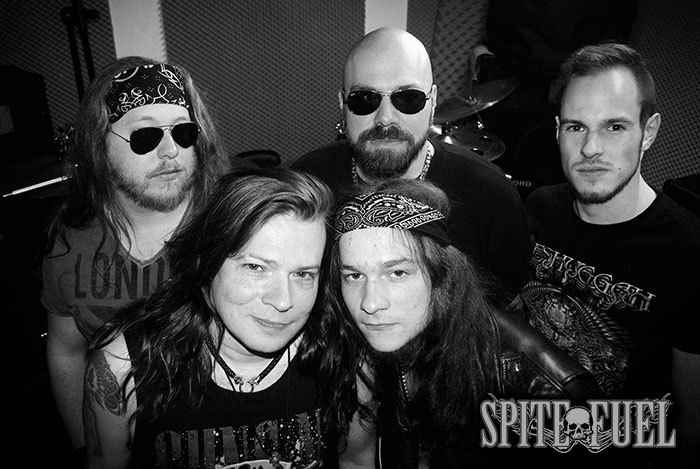