BLUE & RED STAGE
Both stages will be programmed and played simultaneously - not alternately. Nervertheless you will only hear the sound of the stage you're a standing in front of. Our engineers did a great job, trust them!


MAIN AREA
There is no separation between Blue and Red Stage Area anymore. Now there is only one big area with a special hallway sytem which guarantees Easy access to every stage.


RED BULL BRANDWAGEN STAGE
Of course there will be also the Red Bull Brandwagen Stage again. Where? Find news in the next site update!


VIP & PRESS
Next to the VIP & Press parking space you will also find the special camping site which is included in the ticket price. But it's sill not allowed to camp next to your car. Why? Because of security reasons!


CARAVAN
Tighter but bigger. More information to be announced.


PARKING & ACCESS TO THE CAMPING SITE
Now we offer you two entrances to the camping site. The old one stays where it was, the new entrace will be located in the middle of the parking space with a new hallway system to shorten ways.


SANITARY FACILITIES
Now there will be three sanitary facilities, which safes time for everyone.


GENUSS ARENA BURGENLAND
The Genuss Arena Burgenland goes into its second round. We're also thinking about a small offset next to the Red Stage.


PARTY ZONE
Of cource there will be also a party zone again, which is getting pimped for 2015. Party on!


SINGER SONGWRITER STAGE
You will find the Singer & Songwriter Stage again in the GRILL & CHILL Area. Reservation starts in spring 2015.


BUS STOP
Perhaps we can locate the bus stop closer to the main area. But right now we can't guarantee, it depends on public authorities.


FURTHER REGULAR HOTSPOTS
No Nova Rock without Highway To Hell, Jägermeister Hirschrevier, Ottakringer Braualtar, Ottabrause, VOLUME Autograph Tent, Fun Park and all the other hotspots. Expect mor ehighlights for 2015 and watch out for the next site update!


GREEN CAMPING
More information soon. Don't expect more costs for Green Campuing, but be aware that a reservation will be necessary and that there will be rules for a better festival living. 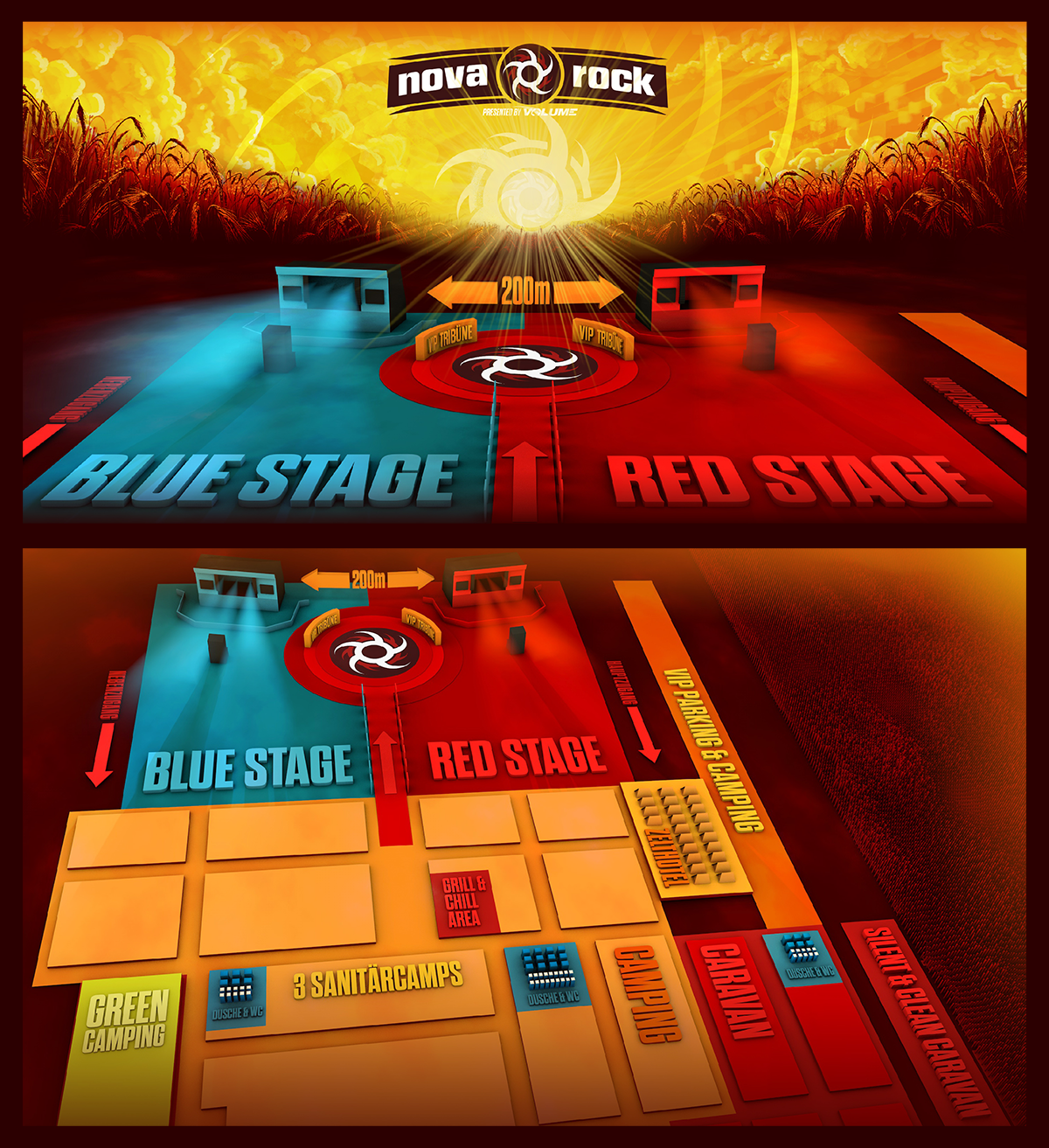