The gothic metal band Canterra from Leipzig is an exciting symbiosis of rough sounds and enchanting softness – blending metal, goth and rockstyles in the smartest way and enthralling their live audiences with their overwhelming energy and catchy tunes. Canterra's exciting guitar sound is embedding front singer Korinna's unique, multifaceted voice while she is bringing gloomy as well as hopeful stories to life. None of their songs resembles another one. This variety might be the very core from which the typical Canterra sound originates, attracting more and more supporters recently.

In february 2016 Canterra released their long awaited debut album ‚First Escape‘. The production was supported by the Wacken Foundation and produced by Andy Schmidt (Disillusion). „First Escape“ has 12 canterranic jewels in store, all of them written by Canterra themselves. The songs comprise everything from true goth rock smashers to more complex metal tracks to delicate ballads. At the end of the record, a special bonus track in German is awaiting the listener – a song that is going to surprise connoisseurs of the goth scene and that definitely gives Canterra's debut album a very special accent to finish with. The german dark rockers filled Tilo Wolff – mastermind and front singer of Lacrimosa and creative heart of the German gothic scene – with enthusiasm for their upcoming first record … which made Wolff invite Canterra to support Lacrimosa. So with their first album in the hands, Canterra immediately went on tour with the world's greatest gothic metal band. So Canterra are joining great names like Lacuna Coil or Gothminister. Watch out for them to come! And if this all would not be enough, in their First Escape year they played with great figures of the genre such as Xandria, Crematory, Beyond The Black and Unzucht. The band is working on a new release for 2017, that should come out in the end of the year.

Orkus wrote: „The longplayer includes twelve tracks, that unite classic Gothic Rock with complex metal components, as proven by 'The Hunt' or 'White Lies'.“ Sonic Seducer thinks „Canterra enrapture with a diverse variety, dynamic guitar playing and emotionalism. The voice of lead singer Korinna König sounds expressive and complex in every song.“ XXLRock: „the debut of the band, that ist to say, turned out really good!“ Above all it is mentioned, that Korinna „has an excellent voice and skillfully plays out all its strengths, without trying to copy well known stars“, and that „from the beginning on they express independence and self-reliance. “Additionally, the band is getting along „without the whole knickknack trash“. Canterra compose „always with high level and the the right sensitivity for a good song“. „From that comes a perfectly proper production“. The press brings out the sharply contrasting bonus track „with german lyrics and, of course, the correlating performance, it gets under your skin like hell!“ Orkus: „With the German bonus track‚ 'Der einzige Erbe' Canterra lends a new face to this album one more time. Awesome artists!“ Bleeding4metal: „Since a long time I haven‘t heard such down-to-earth riffing and feminine romance at the same time. In the spherical melody lines you may find hints of LEAVE'S EYES (like in 'My Agony'), but Korinna‘s singing is more massive, more graphic, while being more sensitive. Tight ethnic interspersions, that over many years were characteristic for some
Finnish collegues, show up in 'The Hunt' with a surprising Spanish guitar, whose pulse keeps up the whole track long“. Crossfire Metal: „After a little more than one hour playtime, the album leaves the listener deeply impressed“. „Trying to put the band in a particular category would never do the band justice“.

Furthermore, Canterra has more than succeeded live on stage with „First Escape“. For those who have experienced the Leipzig newcomer on their premiere tour in February with Lacrimosa, their irrepressible joy of playing live was an energetic delicacy. The press was not only impressed with the „very energetic and rousing presence“, they were also taken by the impressive guitar sound and „the catchy, beautiful voice of their front singer Korinna, who entertained the audience between the songs with her sympathetic nature“ (monkeypress). What more could one want for a debut? A growing international fanbase looks forward to new dates, and the press writes: „One can definitely be thrilled, when there will be the possibility to experience Canterra live at larger festivals. With certainty, this is only a matter of time“ (Crossfire-metal). 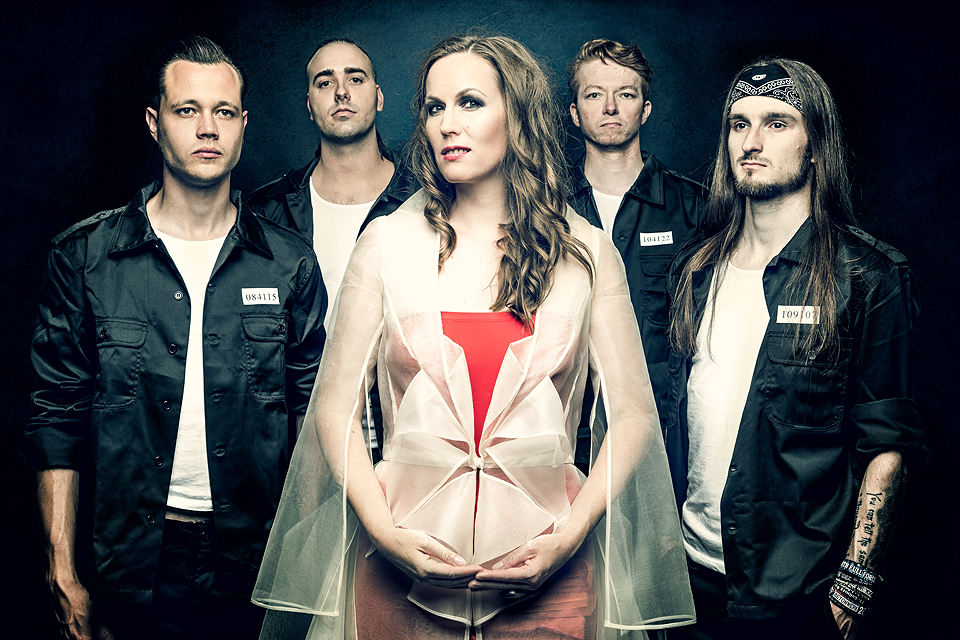